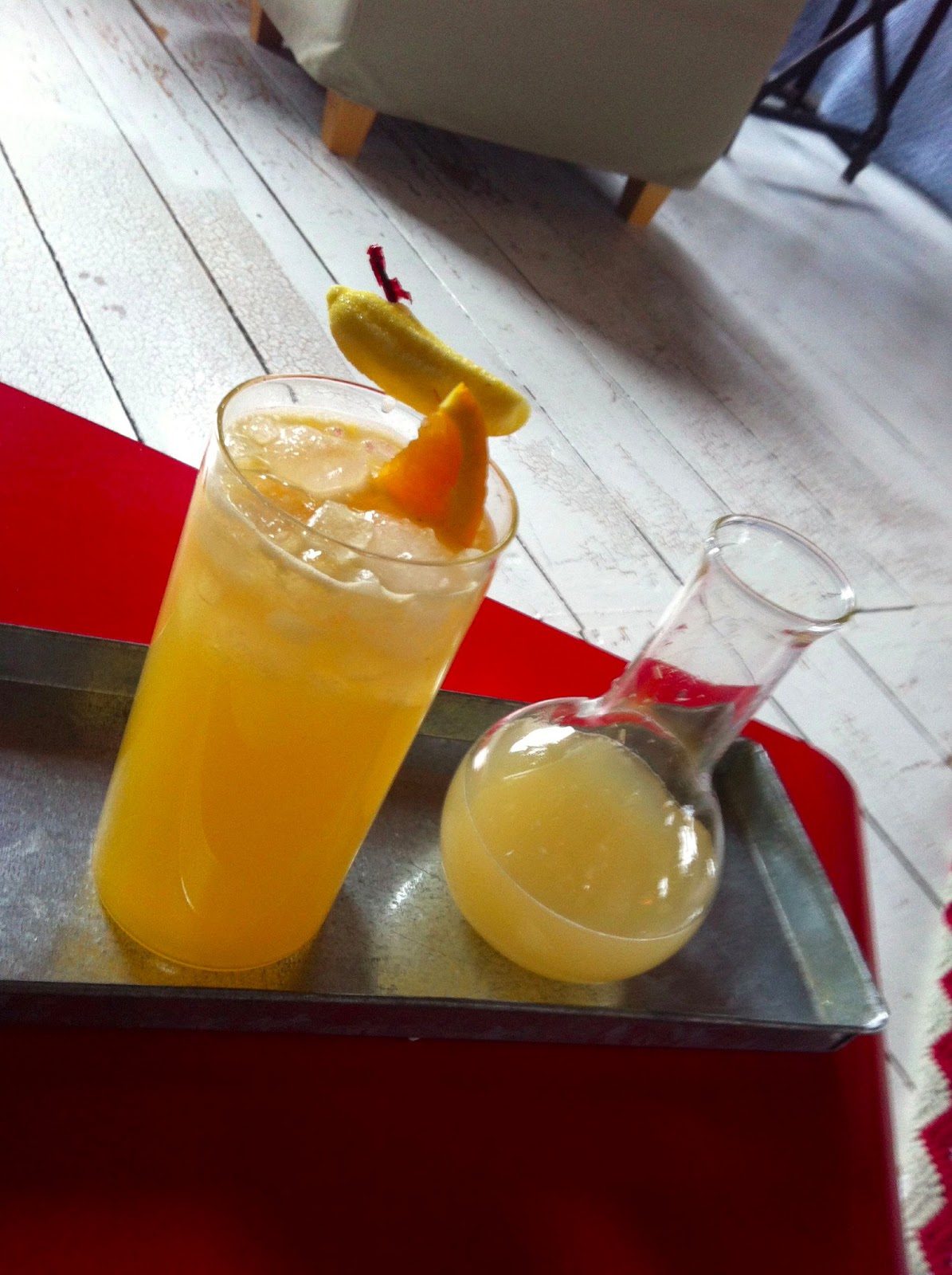 This months theme is to put it crudely: From Crap to Craft - or as Scott Diaz from Shake, Strain and Sip, who hosts Mixology Monday writes delicately in his announcement post: From Crass to Craft.

It's a great theme and I immediately had several ideas, many I had to abandon simply because I could not think how to turn crass into craft.

In my home country, Denmark, we have a long history of very bad long drinks and highballs. They are usually mixed by and for young people in dance halls and devised to mask the taste of cheap alcohol.

One example is the Fire Engine - a mix of a bright red, very artificially tasting raspberry flavored soda pop with vodka. A shot of Jägermeister turns it into a Fire Engine with bells and whistles.

Others are named after favorite (with children) ice lollies and made in a very similar ways. And most have a history like the Long Island Ice Tea.

Then there is the Old Garden. Invented in the 1960'ies on one of the car ferries running between Gedser in Denmark and Travemünde in Germany.

The story goes, that a drive of a truck belonging to a flower company called Old Garden (Gammel Have in Danish) asked the bartender to come up with something new, as he was tired of rum and cokes. (This was back in the days when - at least in Northern Europe people thought nothing of drinking and driving. The car ferries made a good profit from the bar and from the restaurant where people drank beer and aquavit with their food. It wasn't until 1976 that police could stop drivers and check if they where DUI.)

The bartender came up with a mix of vodka, banana liquor, Roses Lime, orange juice and Schweppes Bitter Lemon.

It became very popular in parts of Denmark served at the start of parties to get people in the mood.

This is the drink I've chosen for this weeks challenge.

And I've been working on it for some time - to put maximum craft into it.

I started by making my own Bitter Lemon syrup:

I cooked two organic lemons cut into eight pieces each with 2 cups of water and 1/2 cup of sugar for 20 minutes. Since I always have simple syrup around I did't work too hard on the bitter/sweet balance - but you can easily stir in more sugar after you have strained the syrup. I find that it keeps well in the fridge - and mixes well with both tonic and seltzers.

Then I chopped a firm banana and put it into a small jam jar and covered it with Banks 5 island rum for a few days - about 1 cup worth of rum. The banana turns brown even completely covered by the rum, but don't worry once you strain the rum through a fine mesh sieve and some cheese cloth it will be fine.

Next I put a whole vanilla pod roughly chopped into a small jam jar and covered it with 1/2 cup Absolut 100 proof vodka for a few days.

And now I'm ready to mix:

Shake and serve in highball glass over ice - garnish with banana boat made from a slice of orange with a sail of a gummy banana.

Enjoy - and do not drink and drive!