All the Sours fit to print - MxMo LXXXII recap

I'm overwhelmed at the amount of drinks you have all mixed for this month's Mixology Monday. The theme was Sours with the added possibility of Fizzes and Daisies.

Few strayed from the world of the sours - but several tried new citrus or looked for alternative souring agents.

Thank you for playing - and thank you for widening my Sour-horizon, I will not want for a cocktail to try in the this category for at very long time. Also thank you to Fred for his work with keeping the party going.

And now for the line up:

Stew from 901Very Good Cocktails gave us the Amargo Agrio made with what he describes as a potable Angostura. Along with passion fruit, lemon and egg white he mixed a classic sour of this interesting sounding amaro. 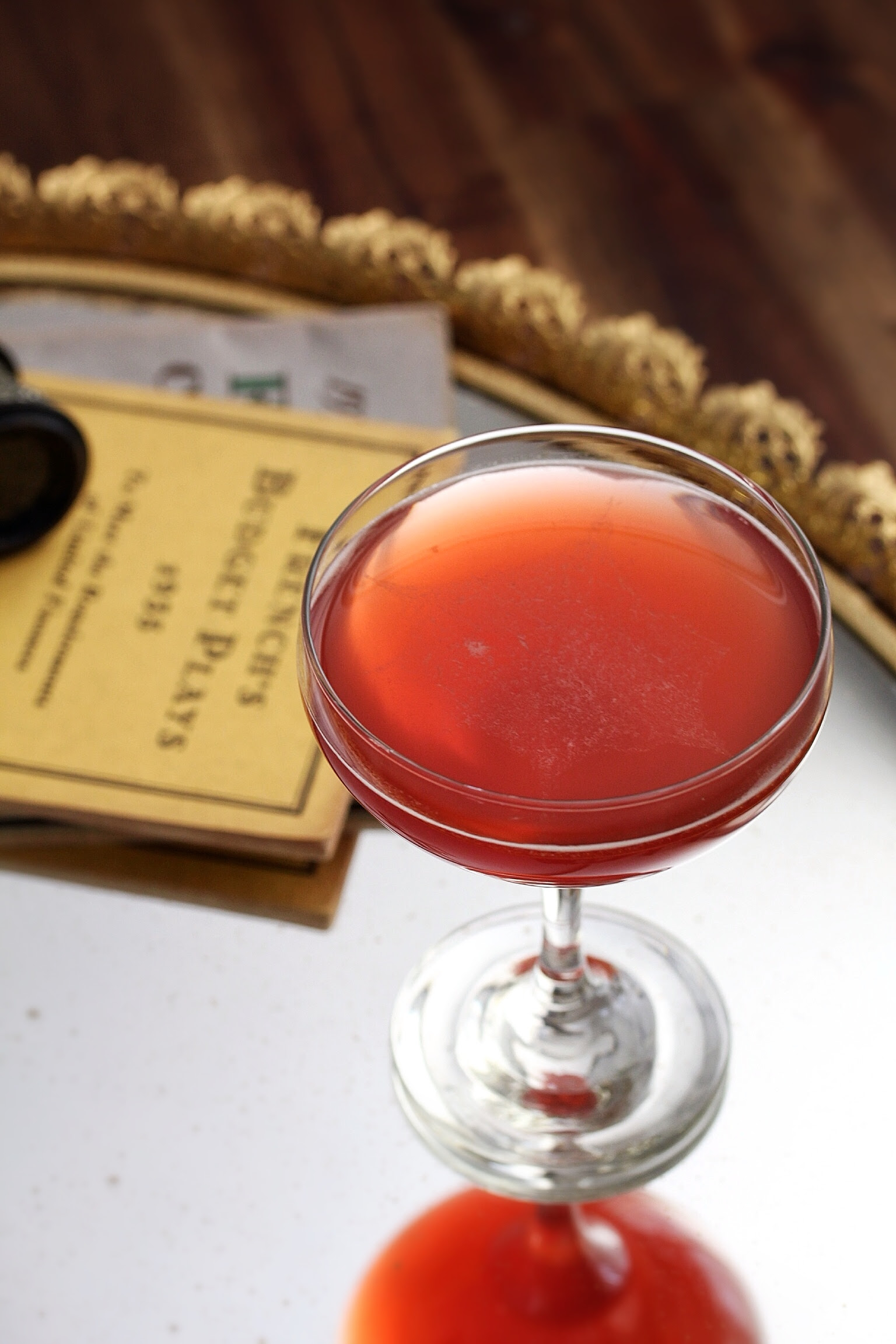 Nick from The Straight Up took his cue from The Last Word and it's Fernet-brother Fernetaboutit - but he twisted it even further basing his Bittersweet Sour on rye whisky and going with orange juice and  Campari for the souring/bittering element. A very elegant composition from the look of it. 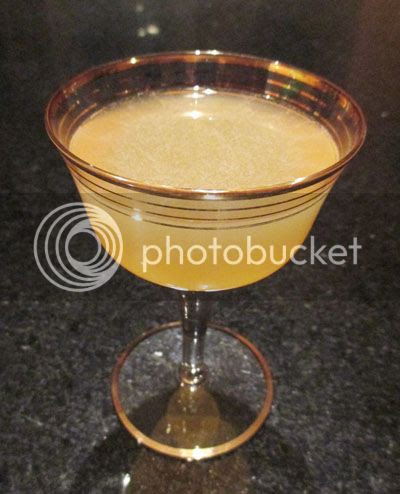 Our Playmaster Fred from Cocktail Virgin Slut offers us the Domino Sour. A cocktail based on both a hard to get rum and mezcal but also including both sherry and apricot brandy. As he describes it: There was a lot more going on here than a simple Rum Sour like a Daiquiri. 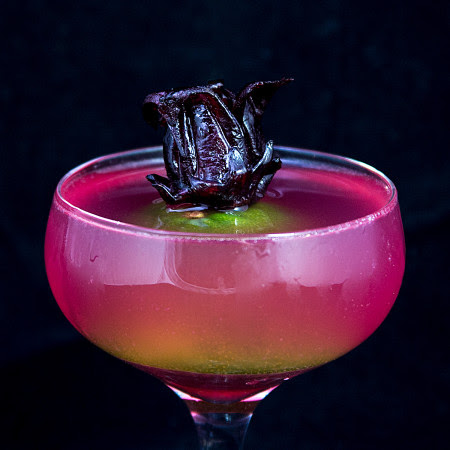 Doug of his currently renamed Tiki Blog (but otherwise know as the Pegu Blog) can say the same about his Regal Daiquiri with Creme Yvette. It is a reworked Donn Beach recipe and a very pretty drink involving an interesting technique: The straining of a flashblended drink. 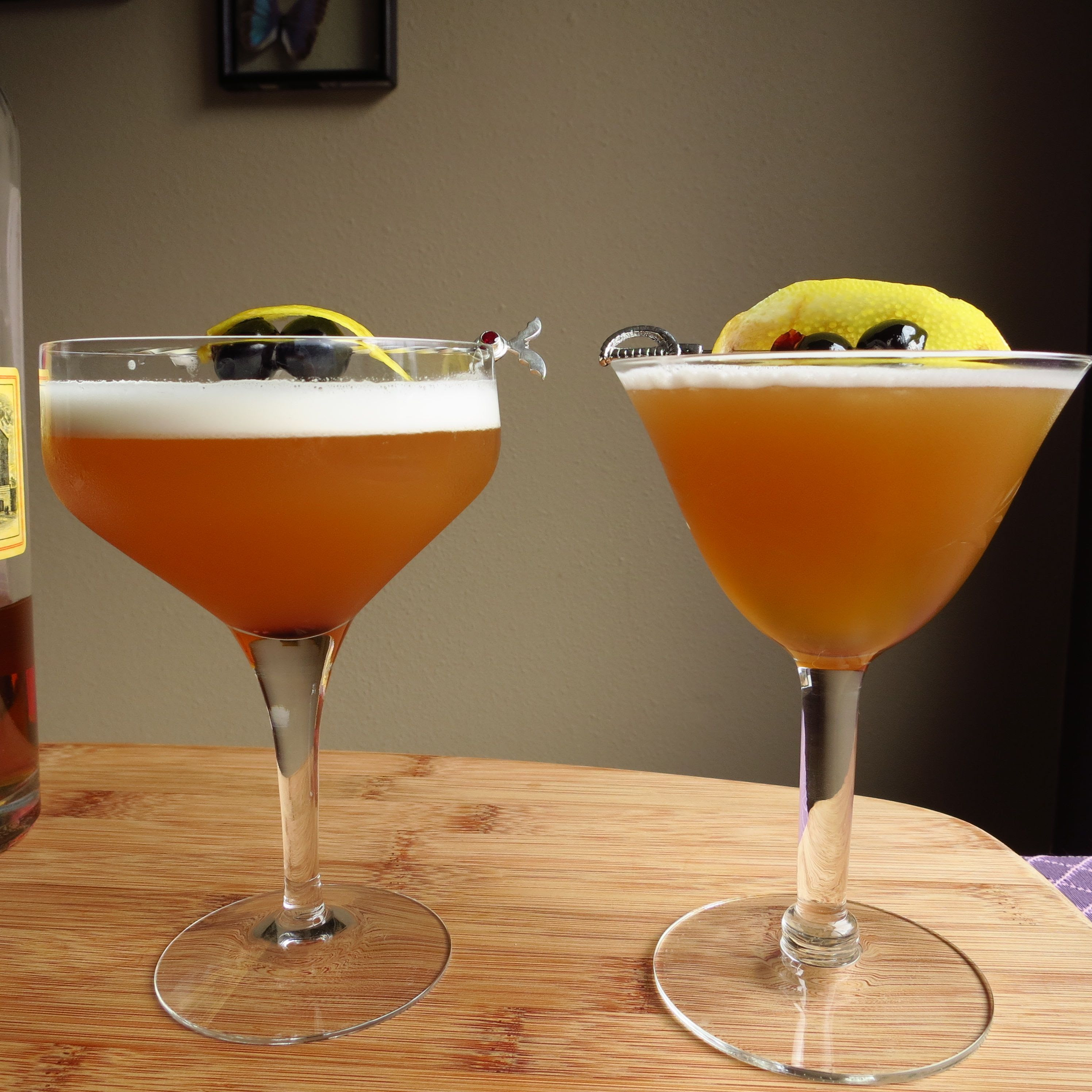 The first ones to use an unusual souring ingredient are the BoozeNerds Shaun and Christa. They offer a side by side presentation of an Amaretto Sour with lemon and one with lactart. First they perfected Jeffrey Morgenthaler's Best Amaretto Sour in the World with gum syrup and maraschino  and then they mixed their perfected version with lactart only to find less foam, and a slightly unpleasant chalkiness. So lemon won this comparison. 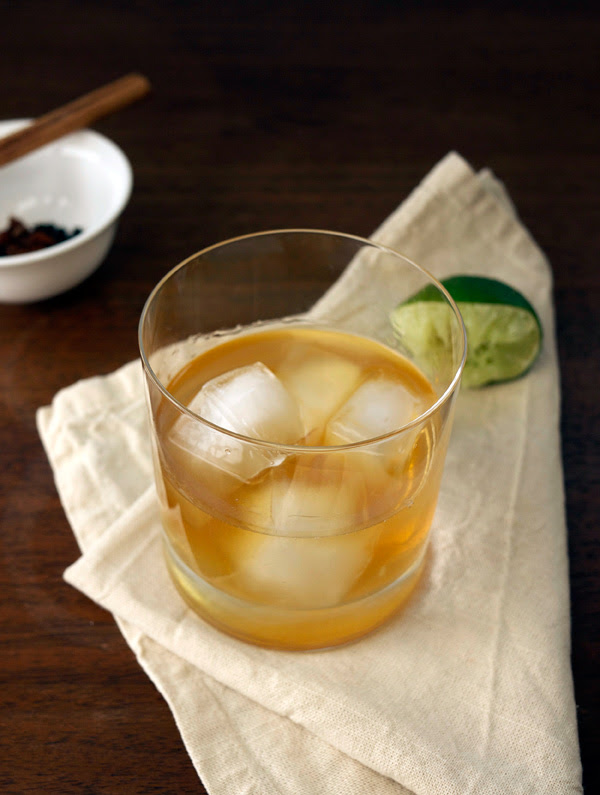 A boozy sour with a syrup almost hinting at chai is how Elena from Stir and Strain describes her 5 spice Ti' Punch. It certainly looks and sounds like the perfect start to a dinner party.

Until I saw Jessica from One Martinis entry I never knew pink lemons existed. Her Blushing Beauty certainly is just that. A delicate looking gin sour with the clever use of Lillet and Drambuie to balance out the sour from the pink lemons. I fear that I now will spend the rest of my life longer for pink lemons. 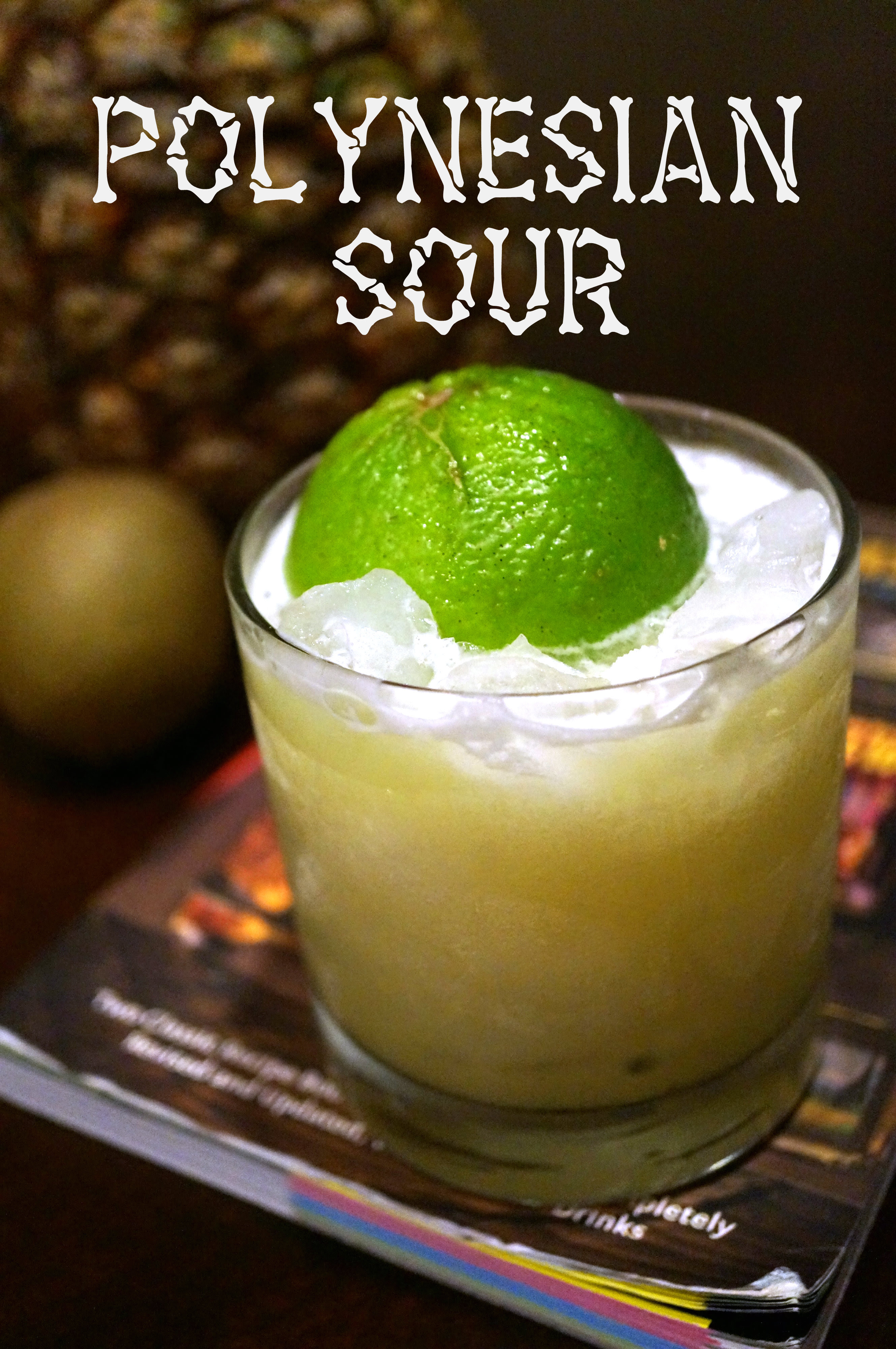 Scott from Shake Strain and Sip manages to squeezes both Mixology Monday and Tiki Month into the glass with his Polynesian Sour. It's base is a spirit I have never heard of Okolehao distilled from the ti plant. He ends up with a pretty drink describe with a complex and strong taste with passion fruit, spiced clove, ti root, brandy notes, pineapple and tart lime. 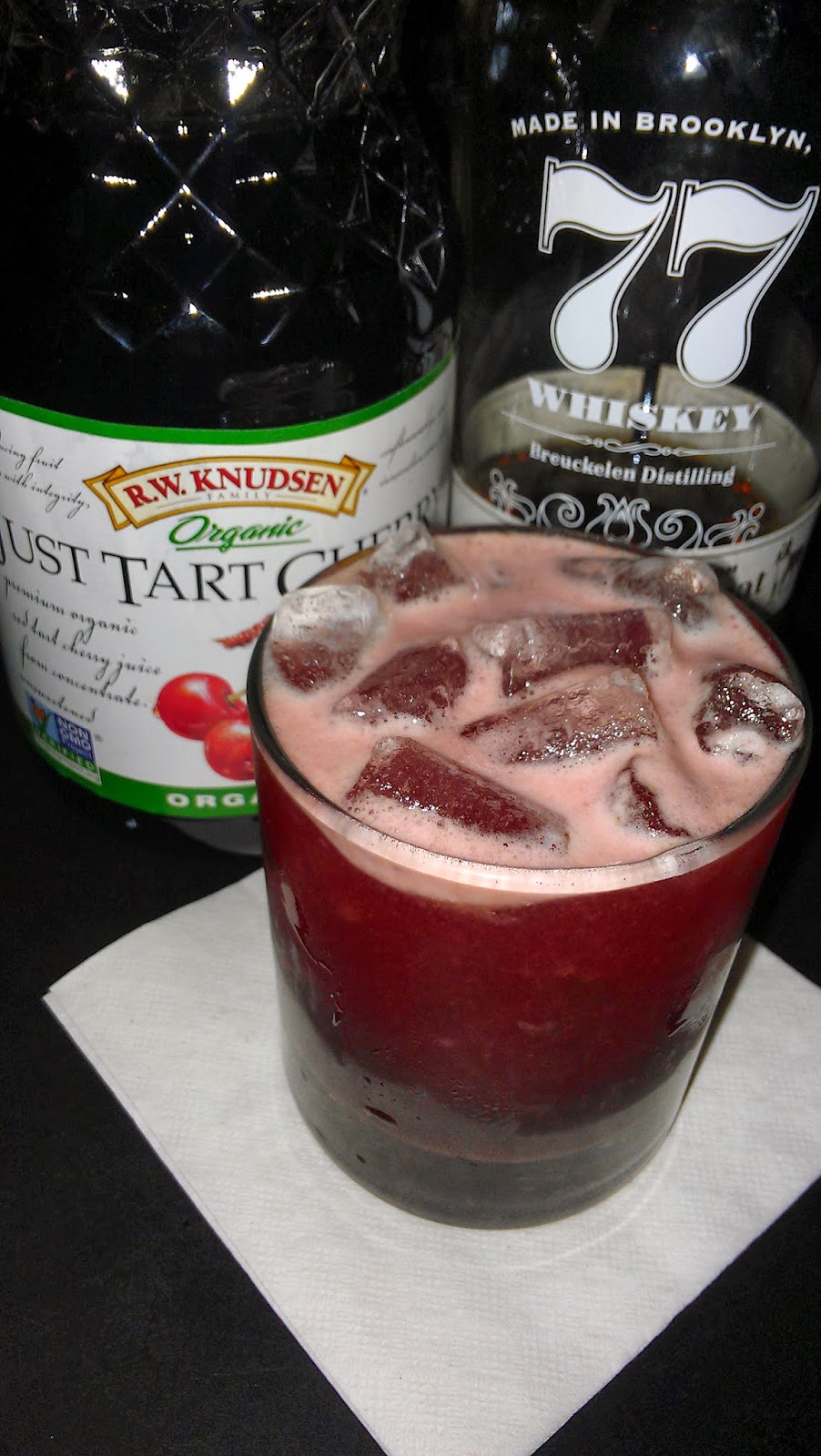 A peanut butter and jelly whiskey sour. Laura of Sass & Gin made me laugh with her contribution: The Skippy. In a tribute to her childhood dog and her childhood favorite snack she uses cherry juice for the sour and peanut orgeat for the sweet in her whiskey sour. She has certainly convinced me to have a go at it. 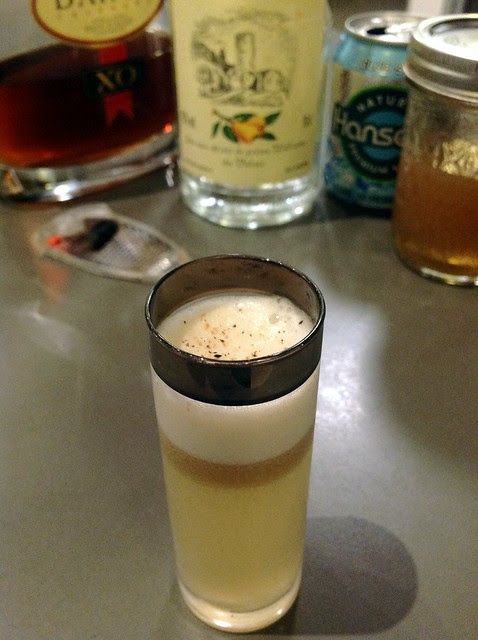 FrogPrincesses from Tartines to Tikis uses pear shrub in her Vinegar Girl and in her interpretation of Toby Maloney’s Williams Fizz - the latter (pictured) being the first fizz of this MxMo. 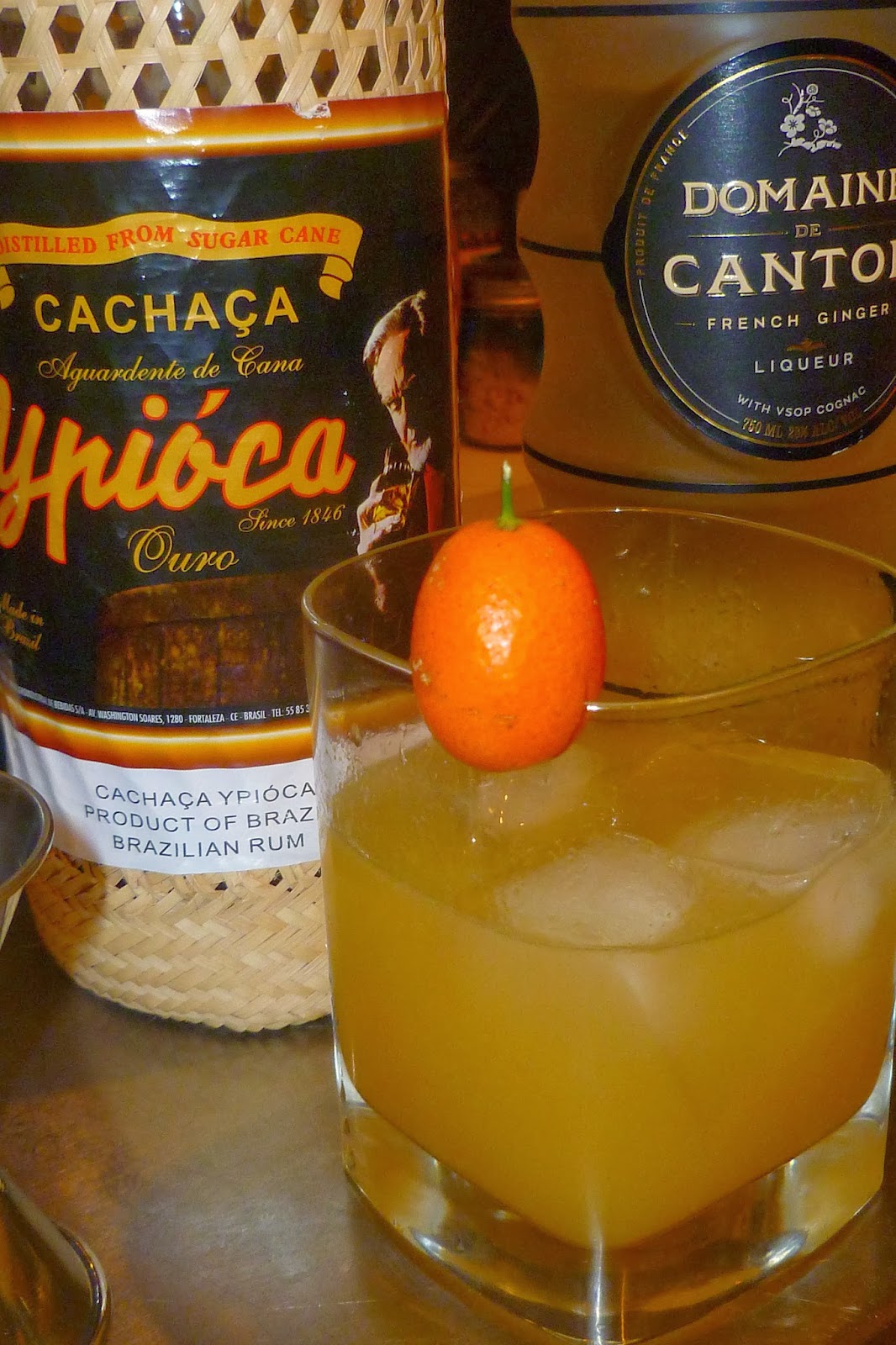 Mike from Grow.Eat.Mix.Drink. who really wished the theme for MxMo this month was Hot Drinks settles for mixing a Caipirinha with kumquarts. His Ginger Kumquat Caipirinha has the added twist of ginger liqueur and looks very tasty. 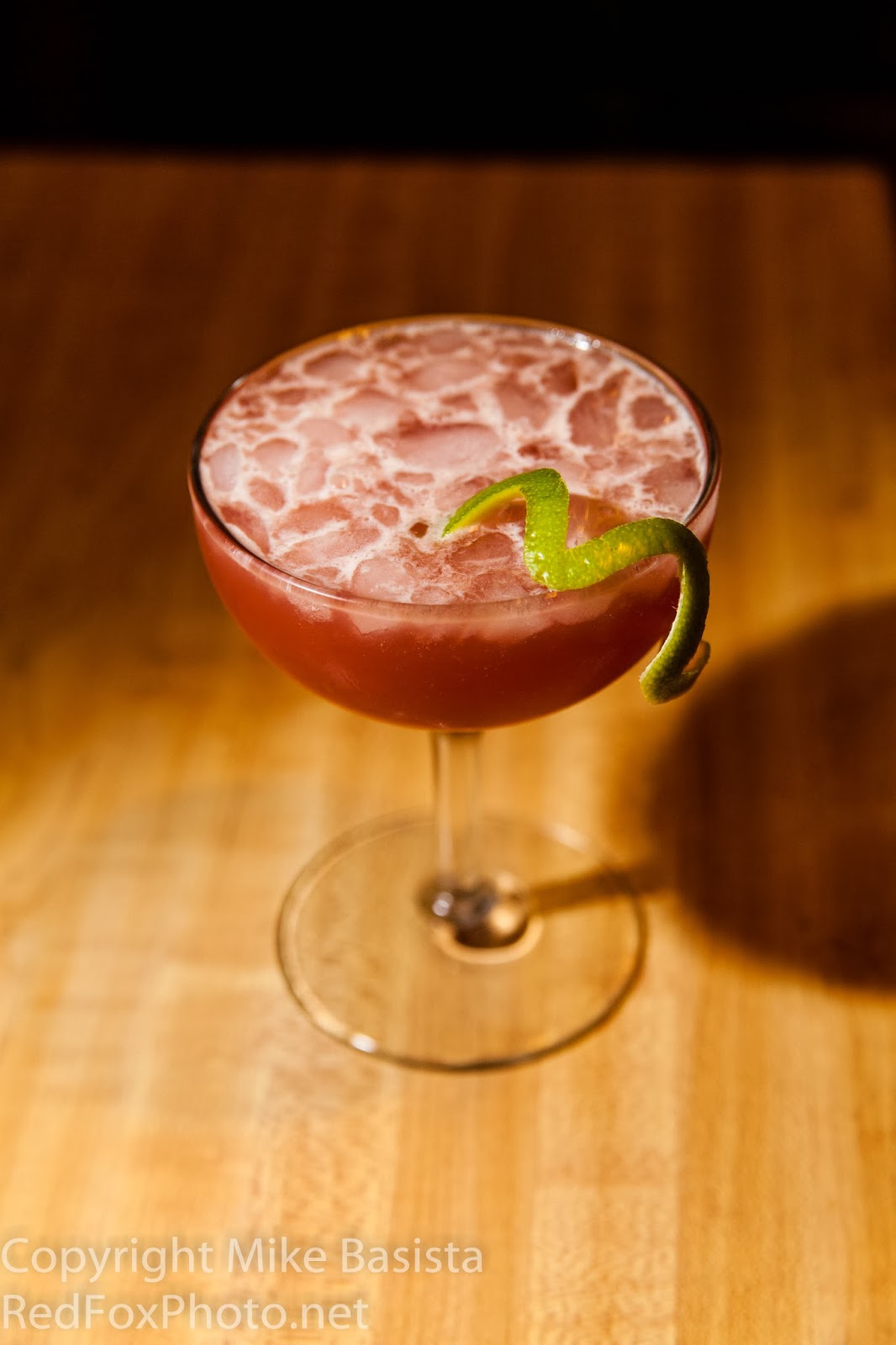 Mike of DrinksBurgh plays around with the mighty MaiTai in his Eden Sour where two types of rums meets grenadine in a lovely wedding. I'm sure Doug will include it in his tiki round up of this MxMo. 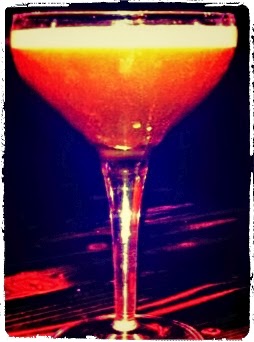 Forrest from A Drink With Forrest let MxMo coincide with tequila Monday in his Beloved Fuzzy. Obviously mezcal based it also calls for lager and Torani Amer in a daring mixture. 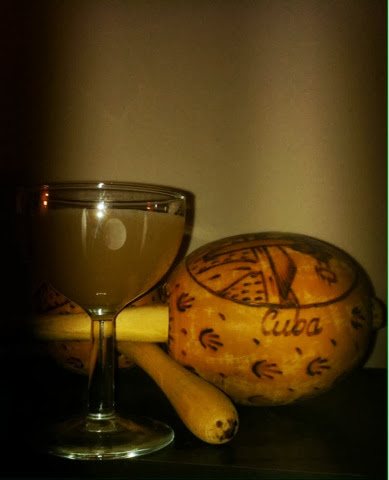 Dagreb from Nihil Utopia revisits a cocktail that hold a special place in his repertoire. The Sloppy Joe is liquid Havana in a glass. I love how similar my own path to quality home mixing is: Tricks learned the hard way and a road paved with old vermouth and bad commercial products until you just get it one day.

Pear was the taste of choice for Stacy Markow when settling om a MxMo sour. Her Honey Pear Sour incorporates pear brandy, gin and maraschino in a beautiful Meyer lemon sour with the prettiest head of foam.

The good folks at e-gullet got a nice thread going for this MxMo with some lovely contributions. Rafa offers a few Daiquiris and his own Jacks Apple Trip with both citric and malic acid. 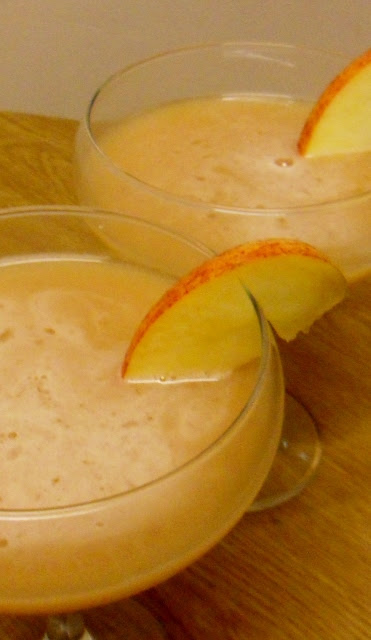 Plantes Vertes did two takes of a lovely sounding and looking Apple Cream Citrate. One made with gin and one made with genever and a reworked citrated for the second edition. 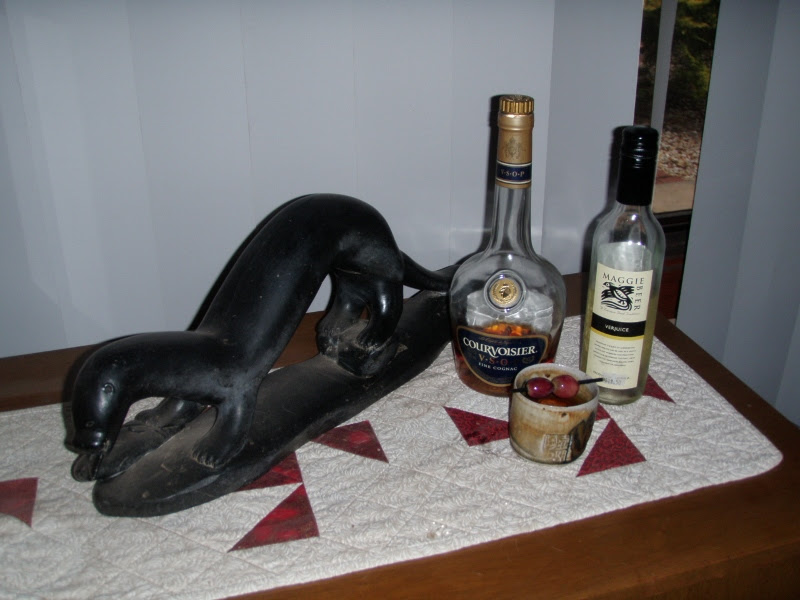 Heresfur worked with a product I've never come across before - Verjuice - which he coupled with cognac in a cocktail called Life Circle. He also offers a list of Ti' Puch to peruse. 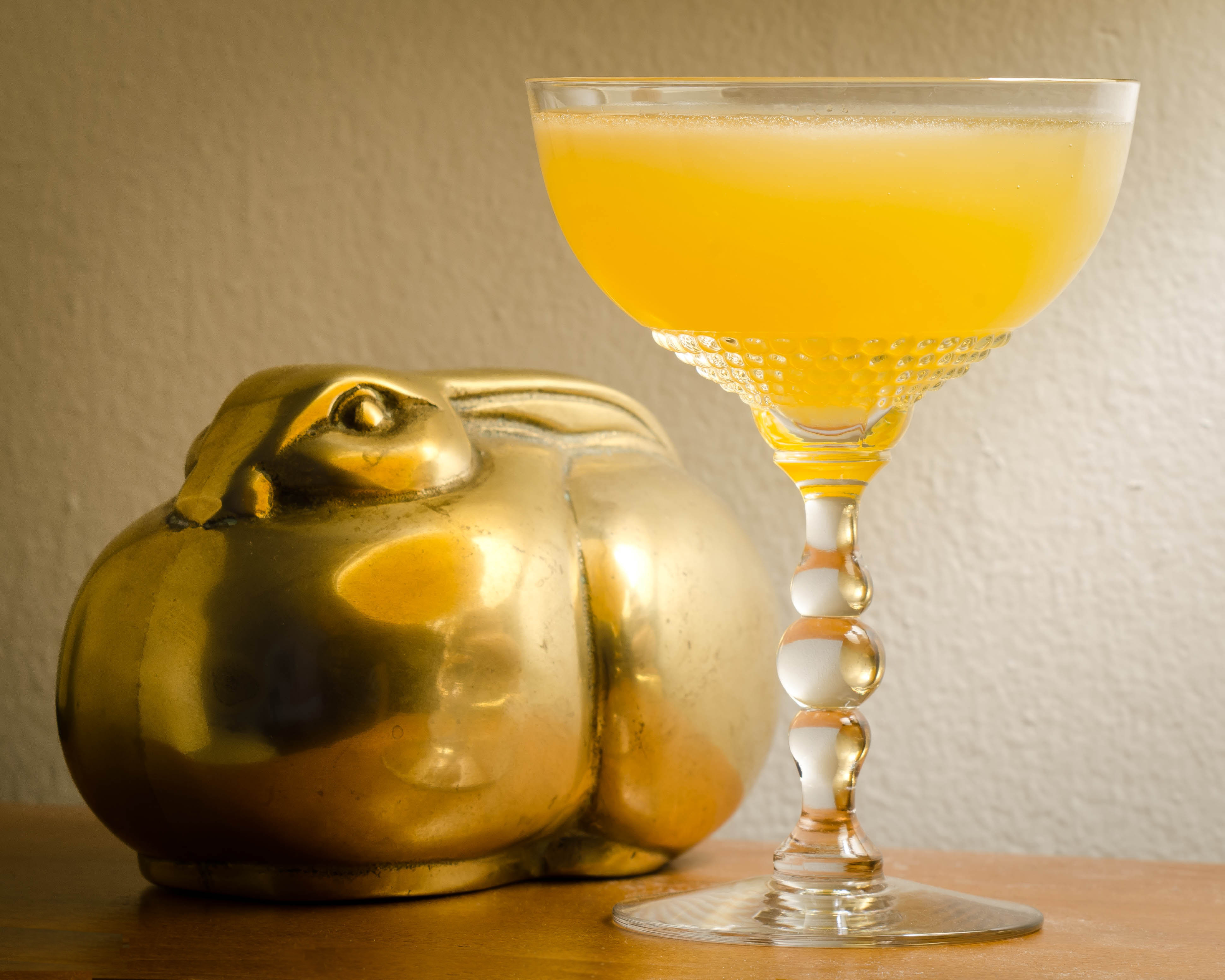 A nimble rabbit is what Ian of Tempered Spirits bring to the party. There is an interesting story behind his Lapin Agile which is a twisted Applejack Rabbit. Elderflower is the sweet to lemon and orange juice in this Calvados based cocktail paying homage to a play by Steve Martin. 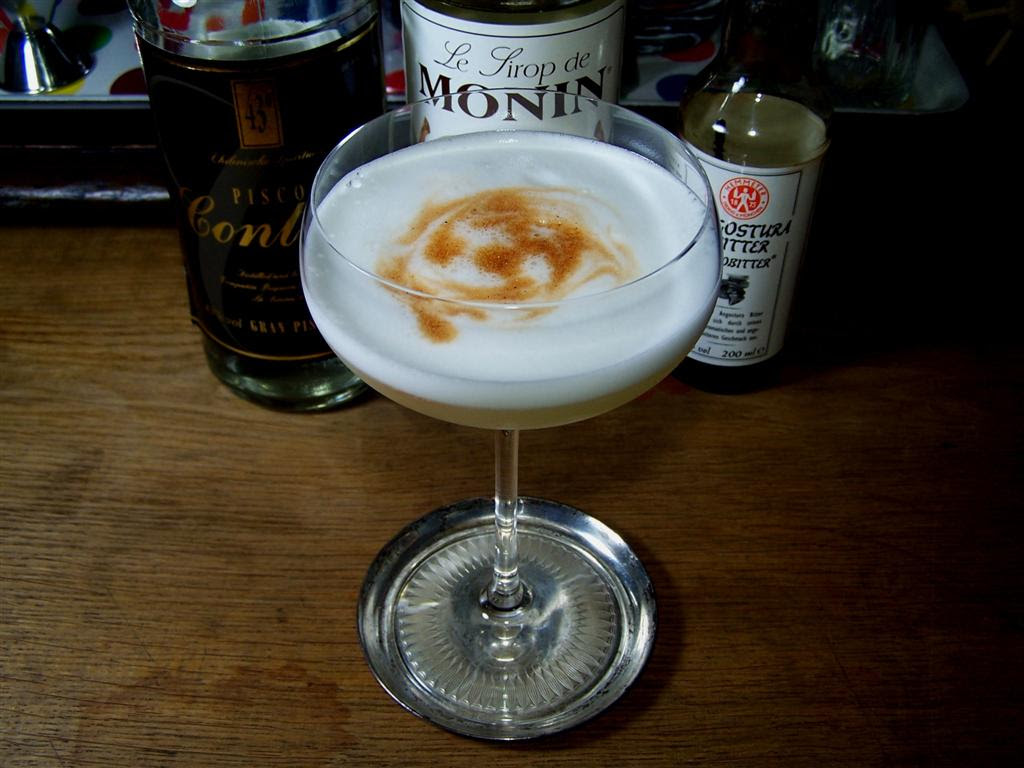 An all time favorite is Swizzlestick's entry. And what a great one it is: The Pisco Sour with some cool Angostura Art.

Are there competitions in Angostura Art like Latte Art I wonder? 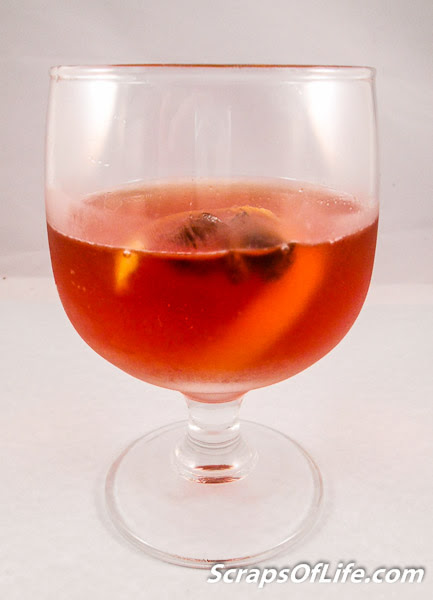 Scraps from ScrapsOfLife uses pomegranate as the souring ingredient in her pretty Pomegranate Star Sour which also includes one of my favorite spices: The star anise. Such a simple and elegant mix. 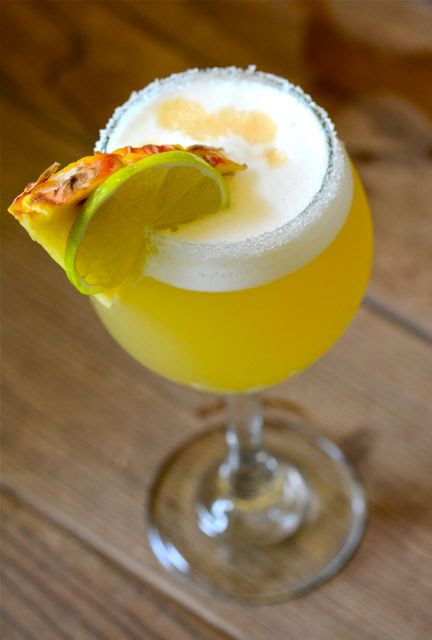 The Putneys from Putney Farm do have a way with fotos - I just love the picture of their contribution The Hanalei Sour. It just plain makes me thirsty which is the mark of a quality cocktail photo in my humble opinion. And reading through the list of ingredients for this tiki daiquiri (are you taking notes Doug?) does not make me any less thirsty: Hawaiian rum, coconut sugar, fresh pineapple and lime. Why do I even live in Denmark when there is a place on earth where a drink like that can be assembled from local products? 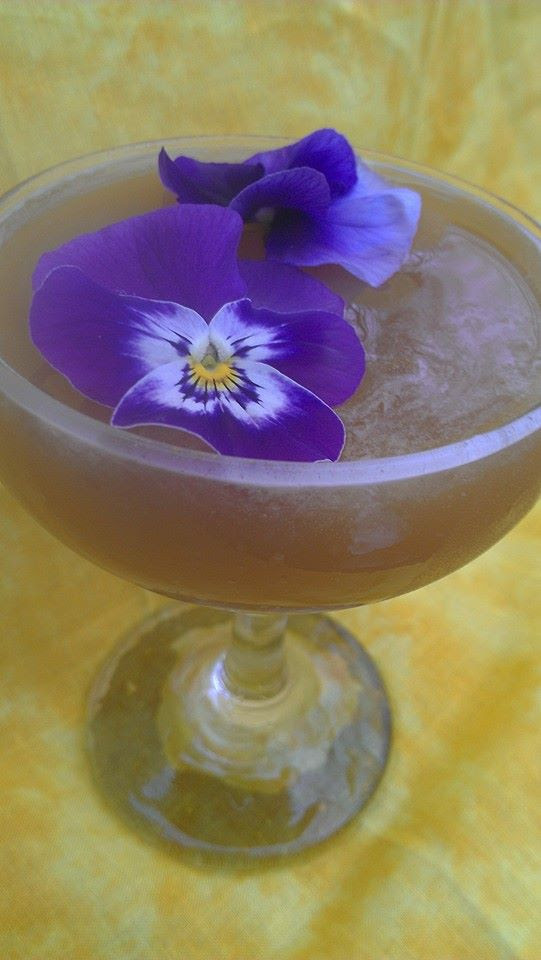 As luck would have it the very next entry is also tied to Hawaii as JFL from Rated R Coctails goes volcanic on us. Martinique Rhum and Koloa Dark Hawaiian Rum are at the base of his tangerine creation Sol Volcanique. I think it's time I figure out how to get a bottle of Koloa because it sure inspires some lovely drinks. 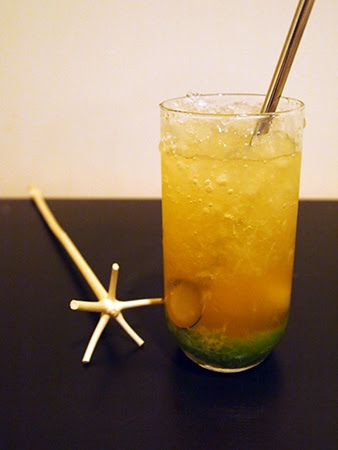 The Mix Lab is inspired by David Wondrich and mixed a Sirroco Mixture - a very nice looking and sounding mixture of cognac, lime and maraschino. 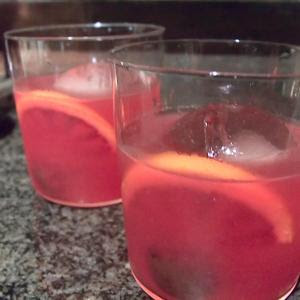 BarFlySF took their cue from what is on offer at their local farmers market: Blood Orange. They mixed a bloody whiskey and a bloody pisco sour with the juice from the fresh fruit and some homemade grenadine. 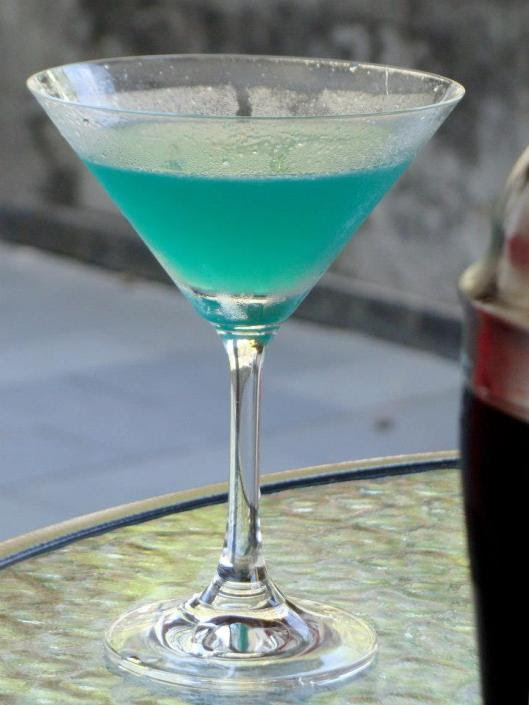 I am green with envy over the pretty blue Margarita Ceccotti from Bartending Notes dangles in front of my eyes. Also some great advice in how to get that perfect balance in your drink. 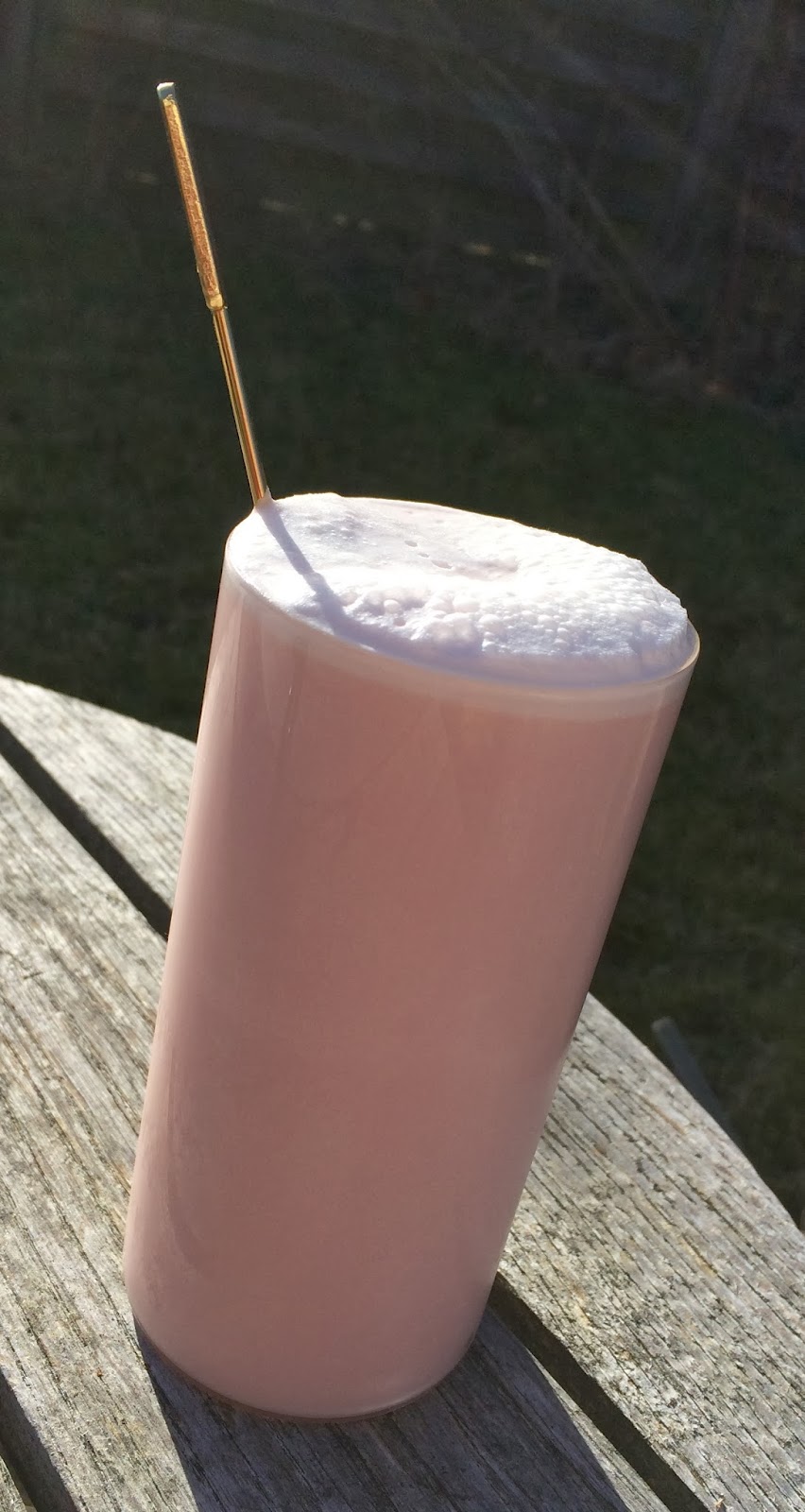 Finally my own contribution. As only one other person did, I strayed from the sour and into the fizz. The Ramos Gin Fizz is fun to play with and rhubarb is such a traditional souring ingredient in countries without easy access to citrus, so I give you the Rhubarb Rum Fizz.

And that conclude this months round up. Do drop me a mail if I overlooked your contribution, got something wrong about your cocktail or used the wron photo.


See you all back at the MxMO LXXXIII.

Email ThisBlogThis!Share to TwitterShare to FacebookShare to Pinterest
Etiketter: MxMo 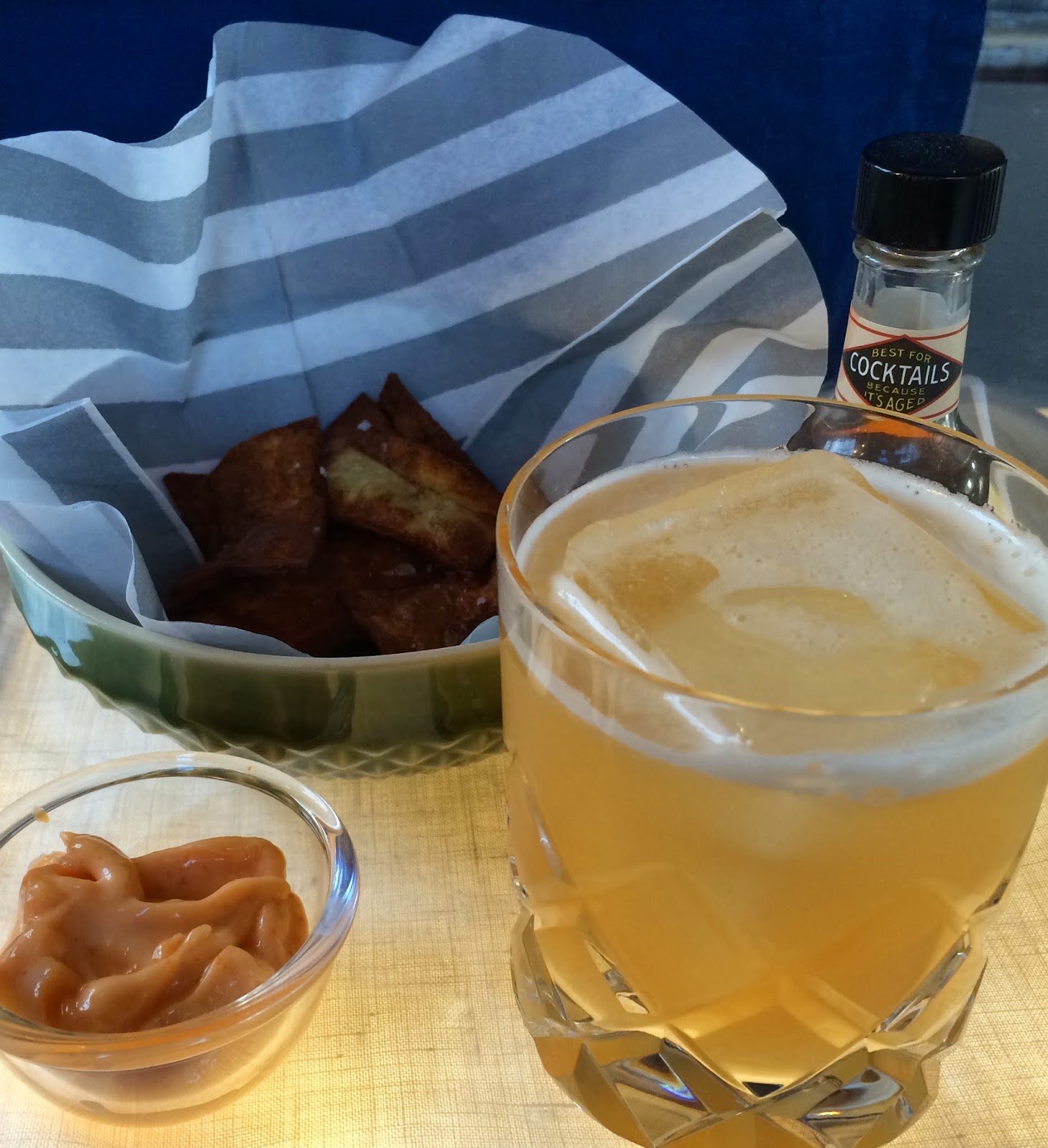 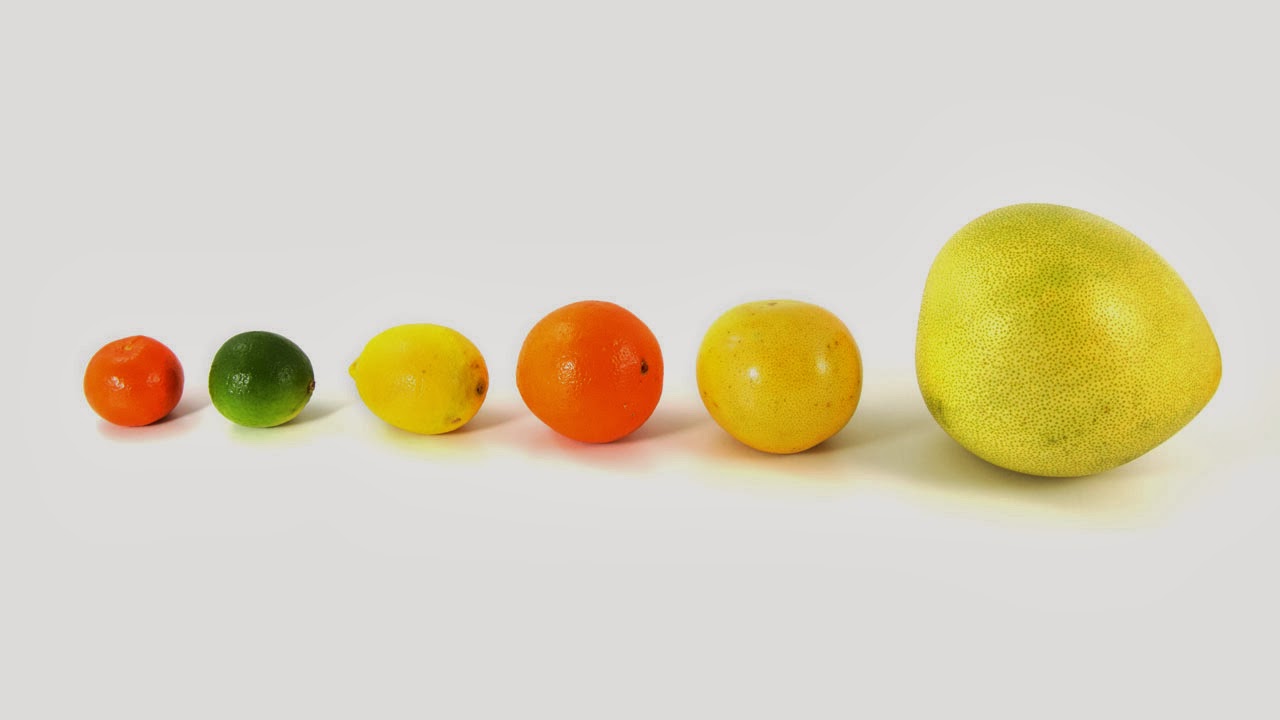 Some of the most iconic cocktails are Sours. Of David Embury's core six cocktails two are sours: The Daiquiri and the Sidecar.

There is a reason for this: A perfectly balanced sour is a work of art. What has happened to the Margarita shows exactly what is at stake when mixes replace bartender skill.

For this month's MxMo I suggest that we test the sour to the limit: Are there citrus besides lemon, lime and grapefruit that works in a Sour? Is citrus the only possible souring ingredient? Could vinegar or other tart fruits or vegetables be used? Let's also include the Daisies and the Fizzes - that widens the playing field with eggs and whatever makes you fizz to play with.

Let's play with the garnish - or just take Jerry Thomas's advice from The Bon Vivant's Companion: In mixing sours be careful and put the lemon skin in the glass.

Here is how you play: