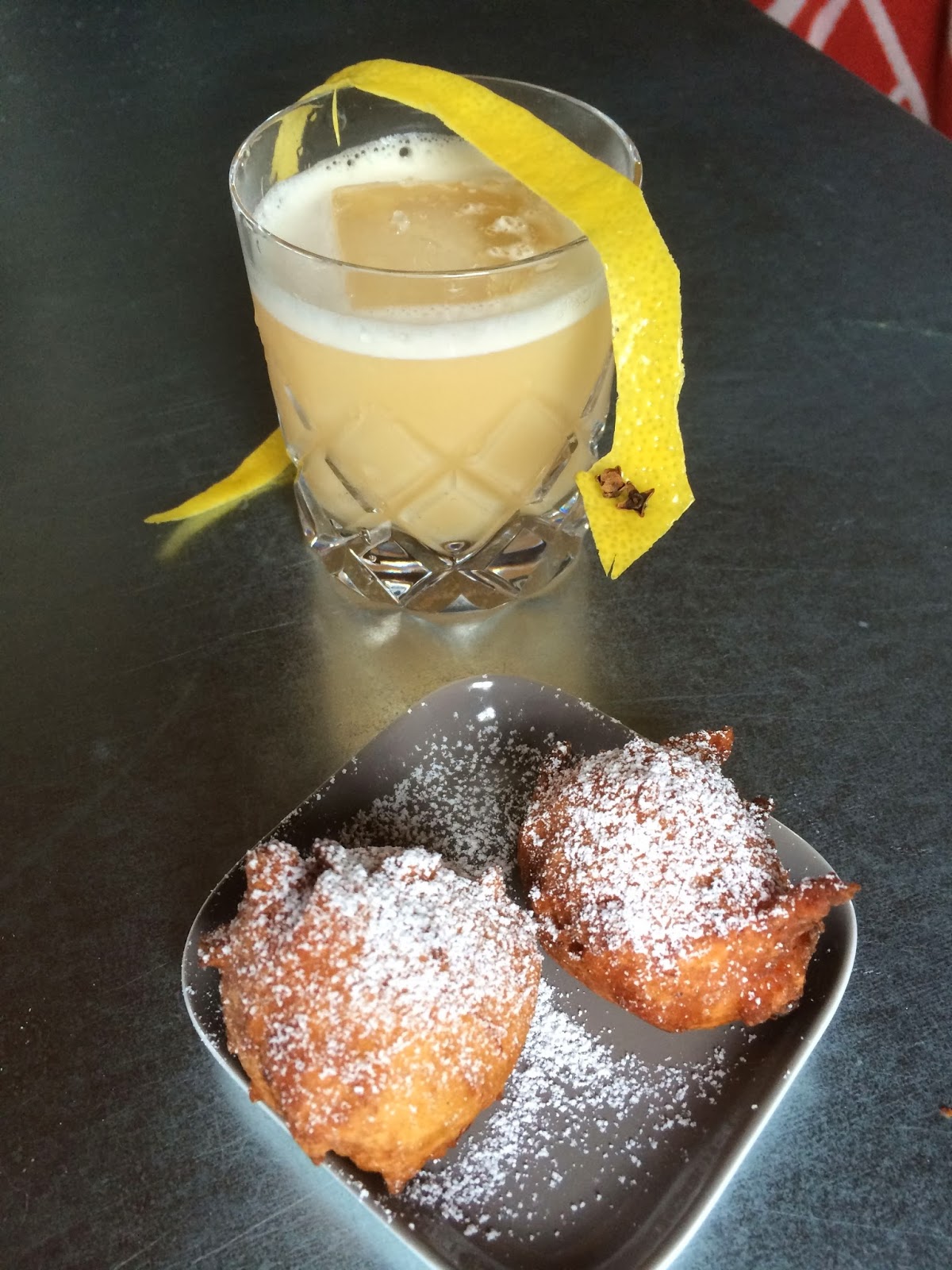 A cocktail from the Savoy Cocktail I have been wanting to try out for a while. Basically since I read the comment: It will either cure Rattlesnake bite, or kill Rattlesnakes, or make you see them.

Since my unfortunate incident with too much lemon juice from test drinking two Penicillin cocktails prior to the last Mixology Monday I have been wanting to get back in the sour saddle.

The Rattlesnake while a sour is not that heavy on the lemon and since I had a hankering for Bananas Foster Beignets I figures they would act as great props: The spawn of the rattlesnake.

On top of all that the last couple of days a bizarre snake story has been unfolding in the Danish media. A many in a tiny village who had been asked to look after a mates considerable snake collection got fed up and started leaving the snakes - all constrictors - - in plastic containers in front of peoples houses during the night.

So far four of the five he has treated cruelly considering it's close to freezing at night have turned up.

They all looked dead when they were found, but a local snake rescue have manage to nurse them back to life. The owner was quoted on trying to warm one of them up on his warm belly.

In honor of this guy I mixed myself a Rattlesnake.

The cocktail is actually very nice - a mix between a Sazerac and a Whiskey Sour.  It's surprisingly well balanced and so far the lemon has given me no trouble - perhaps the two beignets are to thank for that.
Add the whiskey, lemon juice, egg white and simple syrup to a shaker and shake hard and long. Then add ice and shake hard again. Add a huge ice cube to a rocks glass coated with absinthe and then strain the cocktail over the ice. Garnish with a snake of lemon peel.

And the Bananas Foster Beignets? I followed this recipe - as I wanted them for a snack with the drink I did not make the Creme Anglaise but for a dessert that would be perfect - perhaps with a scoop of ice cream too.
Indsendt af Andrea kl. 3:54 PM