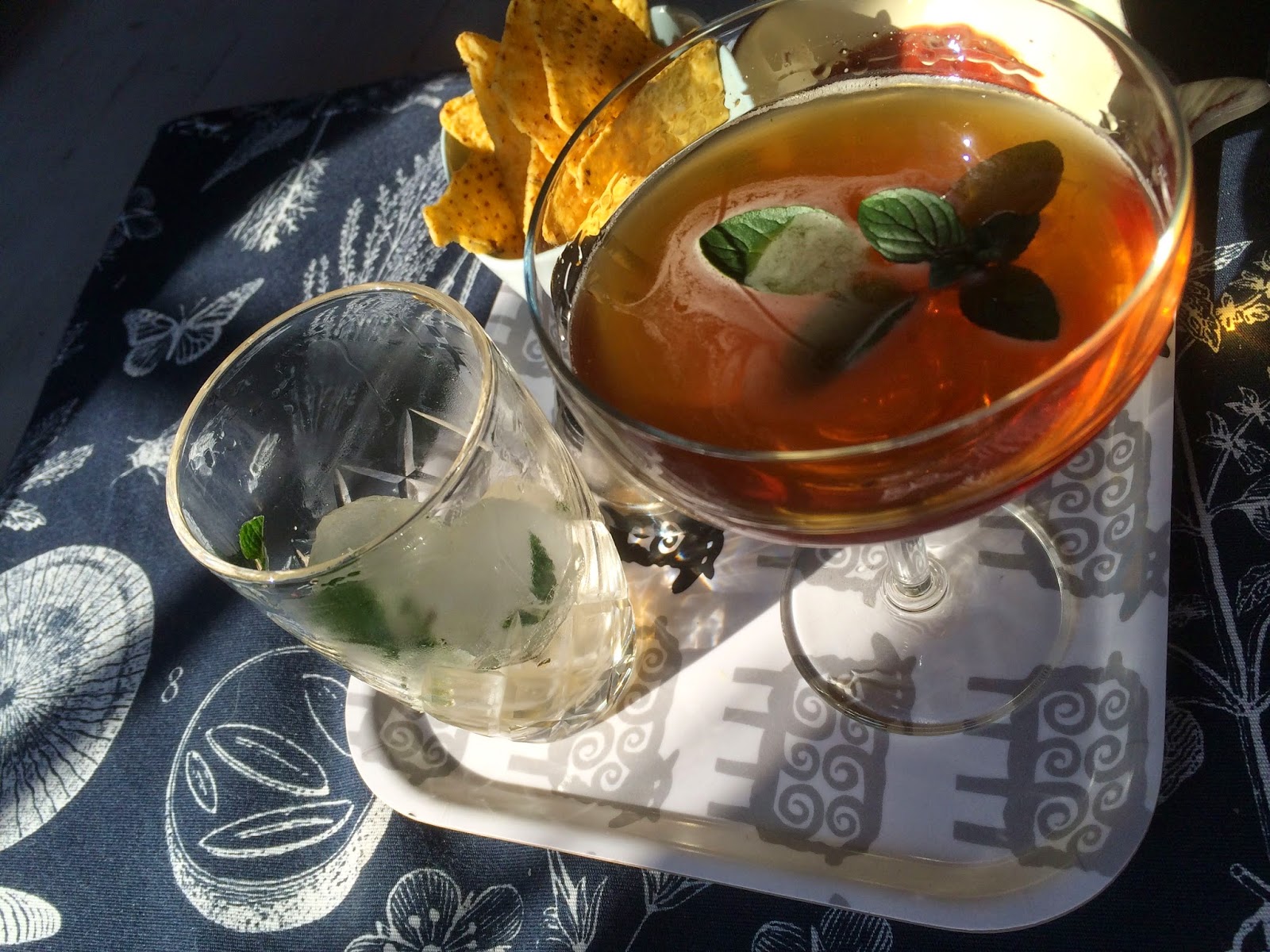 Ada Coleman is one of my heroes - the first famous female bartender in the world (until someone identifies a predecessor - because as we all know cocktail history can change with the turn (up) of an old photo).

At the moment though she is the great foremother. I love this picture of her (yes it's posed and all that, but there is a certain warmth in her tiny smile, that I adore.)

And let us not forget the cocktail she is remembered for: The Hanky Panky - it's actually hard to forget it once you have tasted it, it's one of those hate or love cocktails. I love it, actually way more than I thought I would - truth be told sweet vermouth taste a tiny bit like soup cubes to me, but once Fernet enters the equation all is well.

So I took notice when Jarred Brown and Sipsmith described a new take on the old classic - The Spanky Panky Martini. The addition of mint intrigued me and it was an easy choice for my much anticipated Friday cocktail - the one that recalibrate me to weekend mode.

But before mixing I fact checked something I have been telling a few people taking about Ada Coleman lately: That Harry Craddock didn't just wiz in from - perhaps - shaking the last cocktail in the USA before prohibition and naturally assumed the position as head bartender at the American Bar in the Savoy hotel in London.

He advanced when the management of the Savoy listened to American customers and retired both Ada Coleman and Ruth Burgess in 1925 because Americans was uncomfortable with women working in bars.

So, what is my source? The very same Jarred Brown - I own the signed number 149 edition of his and Anistatia Miller's: The Deans Of Drink - and it's here I've read this version of how Ada Colemans job as head bartender ended.

Ruminating on the unfairness of the action towards the two women I vigorously shook the Hanky Panky with added mint:
Put at least 7 mint leaves in a shaker and add the other ingredients, shake over ice and double strain into a coupe and garnish with the remainder of the mint leaves. But remember to wake them up by placing them on your palm and then deliver one firm slap.

And Ada? She was transfered to the flower shop at the Savoy. She was even gracious enough to say in an interview: I missed all my friends too much if I had retired at once, so I've come to work among the flowers, and already instead of mixing cocktails for my friends, I've been making buttonholes for them.