A letter to the future 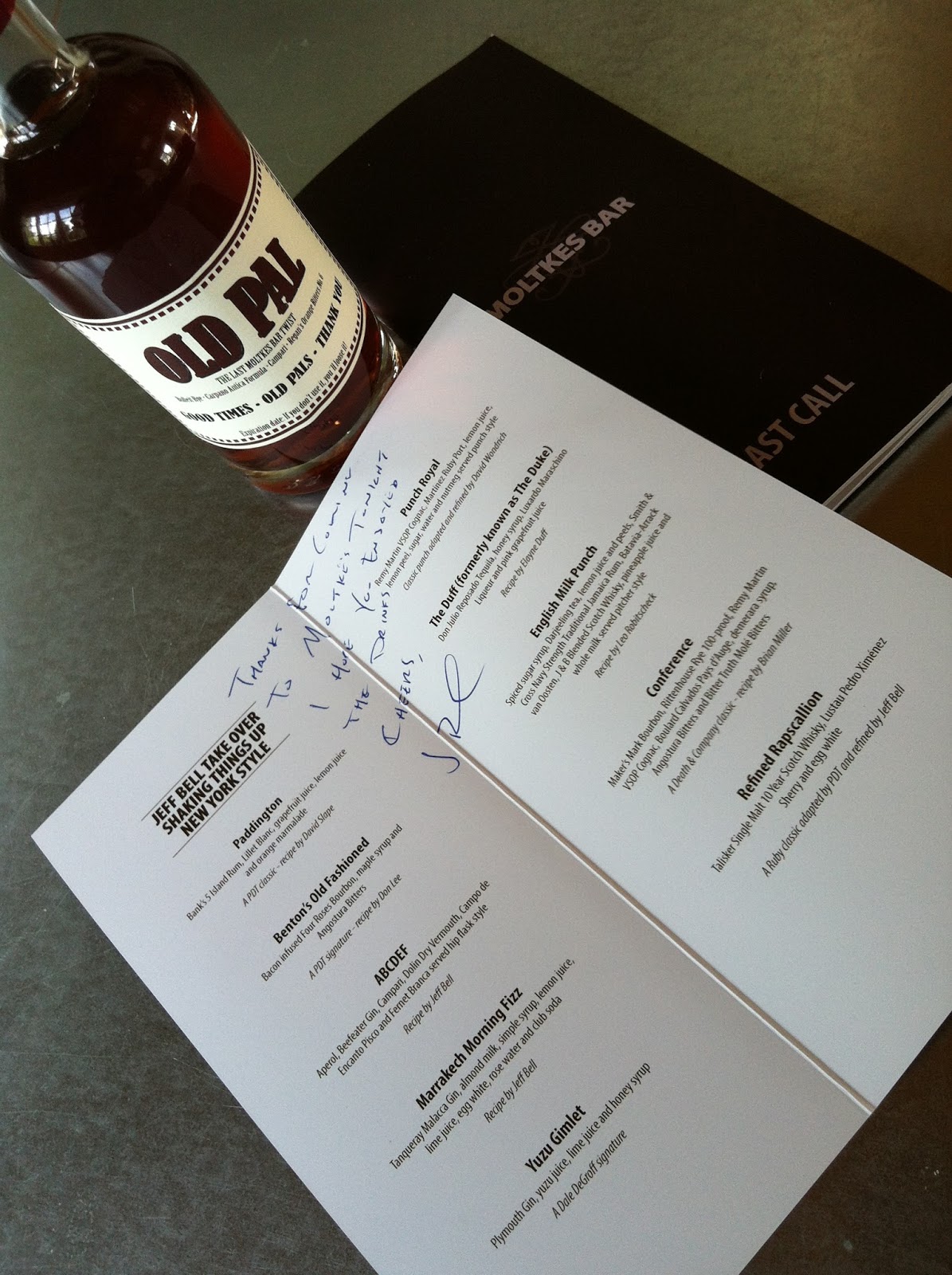 When your favorite bar closes....

You have been searching high and low for information about a particular bar that existed for four short years in Copenhagen back in the good old days - back in 2009-2013.

You have read loads of irrelevant dusty old web pages, that almost made your eyes bleed, looked through millions of meaningless so called tweets (what was that about? Why did people impose needless and arbitrary limitations on their communication back then? Wasn't it primitive enough just to use text? Well let some other historian unravel that strange business), you have tried to decipher endless amounts of strange, unfocused, badly colored photos (or Instagrams as they were called - almost as strange as the tweets - why did a whole generation loose the capability to take strong, clear photos with depth and accurate coloring? Again let another historian unravel this mystery).

And what did all your hard work get you, but these meager clues: 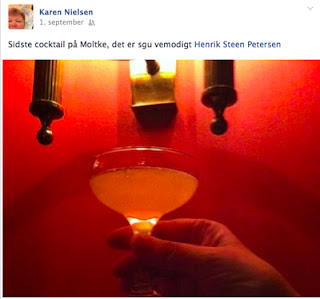 Consider this your lucky day - that one needle in the haystack actually connected to the thread that can unravel it.

I wrote both the so called Facebook update (Don't ask it's easier to print a full scale 3D copy of the Great Pyramid of Egypt from cupcake frosting than understanding early 21st century social media) and the tweet.

I did it because I wanted to let the world know, I was there. That I was an eye witness to cocktail history.

And I didn't only watch history - I tasted it (which may explain the not very accurate communication in the Facebook update (back then an unfortunate side effect of cocktails was getting intoxicated something that was eliminated in the 2030's and in my opinion took the fun right out of drinking, but I digress)).

It literally was the last cocktail I ever had mixed by the talented staff from the brilliant Molktes Bar. A place that so dominated the cocktail scene in Copenhagen back then, that it never really felt the same way to me ever again.

You most understand that Moltkes was at the forefront of what was even back then described as the renaissance of the Copenhagen cocktail scene. It was not the first bar to try to reintroduce cocktails to the Danes who had for so many years been lost to first aquavit and mass produced beer and then cheap wine.

But it was the bar most dedicated to only serve the true classics, and the bar with the most precise grip on what hospitality means. A place that never became infected with the dreaded hipster-disease where wearing suspenders meant being too cool to talk to the bar guests or notice when their glasses was empty.

Perhaps you already knew some of this? Perhaps that's why you are trying to dig deeper into the history of this place.

Well, let me give you a lead - concentrate on the man who made this bar. Mr. Henrik Steen Petersen, who also gave Denmark the Copenhagen Spirits and Cocktails event, and who went on to further cocktailian greatness after the bar was closed.

As for the tweet? I'm sure you already know Jeff Bell as one of the worlds best bartenders at the time.

But did you also know, that he with just the help of a bar back single handedly ran Moltkes for more than three hours that night and delighted us with some of his own cocktails, several punches and some cocktails from the famous PDT?

Well, I can prove it. While the bottle of Old Pal, as far as I can remember barely made it through 2013, and I unfortunately had to sell the two signed menus - one by Jeff Bell and one by Henrik Steen Pedersen - a decade ago to finance my new, improved, artificial liver (I got the EO-model) there are images.

And fortunately for you I know exactly where they are on the remnants of what was back then called the internet (before the cloud after arpanet) and once I fired up my antique MacBook Air (very popular but already obsolete when I bought it so called PC) I could get them. You should see them float around this.

I'm sorry that text is the only way I know how to communicate and hope - if you do not know how to read - you have found someone who remembers how. 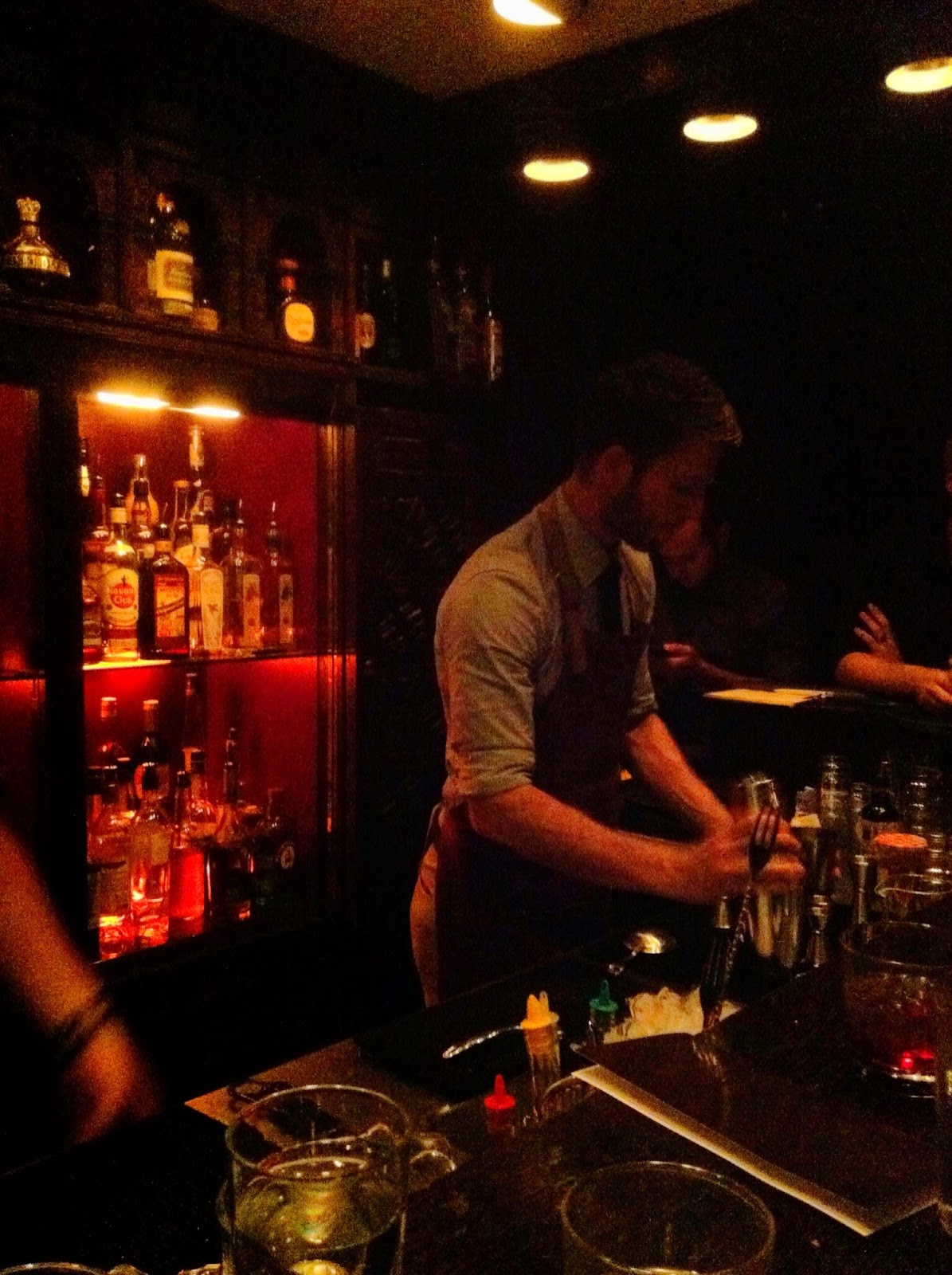