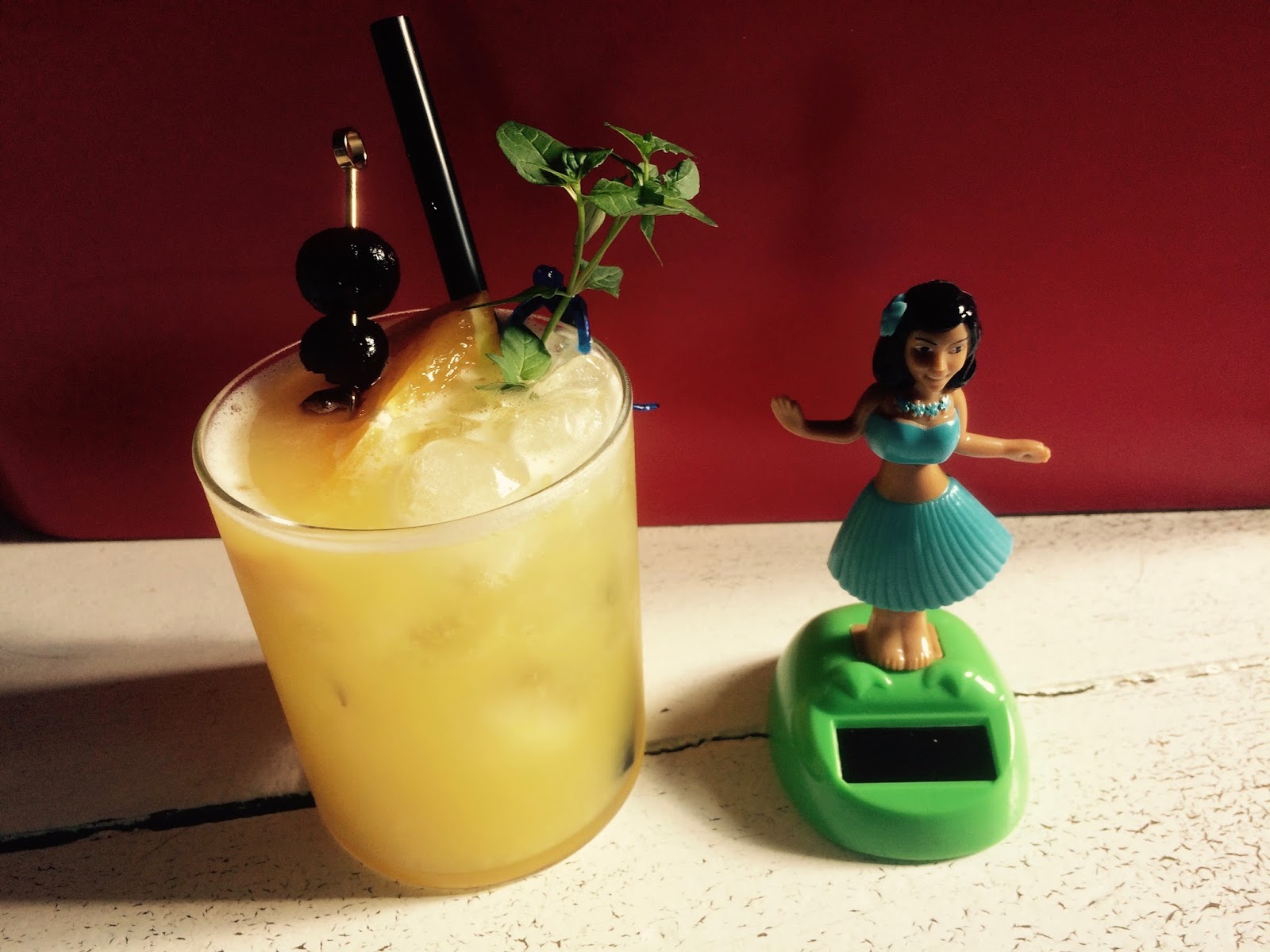 As we enter into the next 100 rounds of Mixology Monday the theme of this months MxMo struck a cord. I haven't thought of it quite the way our host DJ Hawaiian Shirt of the Spirited Remix blog puts it, but I totally agree:

It really irritates me when people dismiss an ingredient.  Whether it’s too ordinary, or difficult, or inconsistent, or overpowering, I can’t help but feel such conclusions are lazy and defeatist.  Your theme this month is “Orange Juice,” an ingredient I too often see derided or ignored when it comes to thoughtful mixology.  Surely an assembly of such mixological brawn as MxMo can find or create a delicious way to mix OJ, right?

So what to do with the badly treated OJ? Since one of my favorit cocktails contains lots of orange juice it was an easy choice for me. I was going to take a good look at Trader Vic's Eastern Sour - a cocktail I found in Beachbum Berry's Total Tiki app a while back - it may even be in it's predecessor Tiki+.

As I understand it Trader Vic adapted his Eastern and Western Sours to any new restaurant he opened, which explains why the Munich Sour is an Eastern Sour made with brandy instead of Bourbon - or maybe not...

I decided to give two different spirits a spin with the recipe and then choose the best. I mixed one with mezcal and later on one with pisco. Both were very nice cocktails - the pisco one a displaced Munich Sour in fact, but after some deliberation I crowned the mezcal edition the winner.

Here is the Oaxaca Sour:


Add the ingredients to a shaker and fill it with ice, shake it hard and long to break up the ice and then pour unstrained into a low ball glass. Garnish with half a wheel of orange, couple og good cocktail cherries, sprig of mint and what ever else tiki stuff you have.

For the test run with the pisco, it substituted the mezcal with 6 cl Waquar for a damn fine drink that lost only after long deliberation.