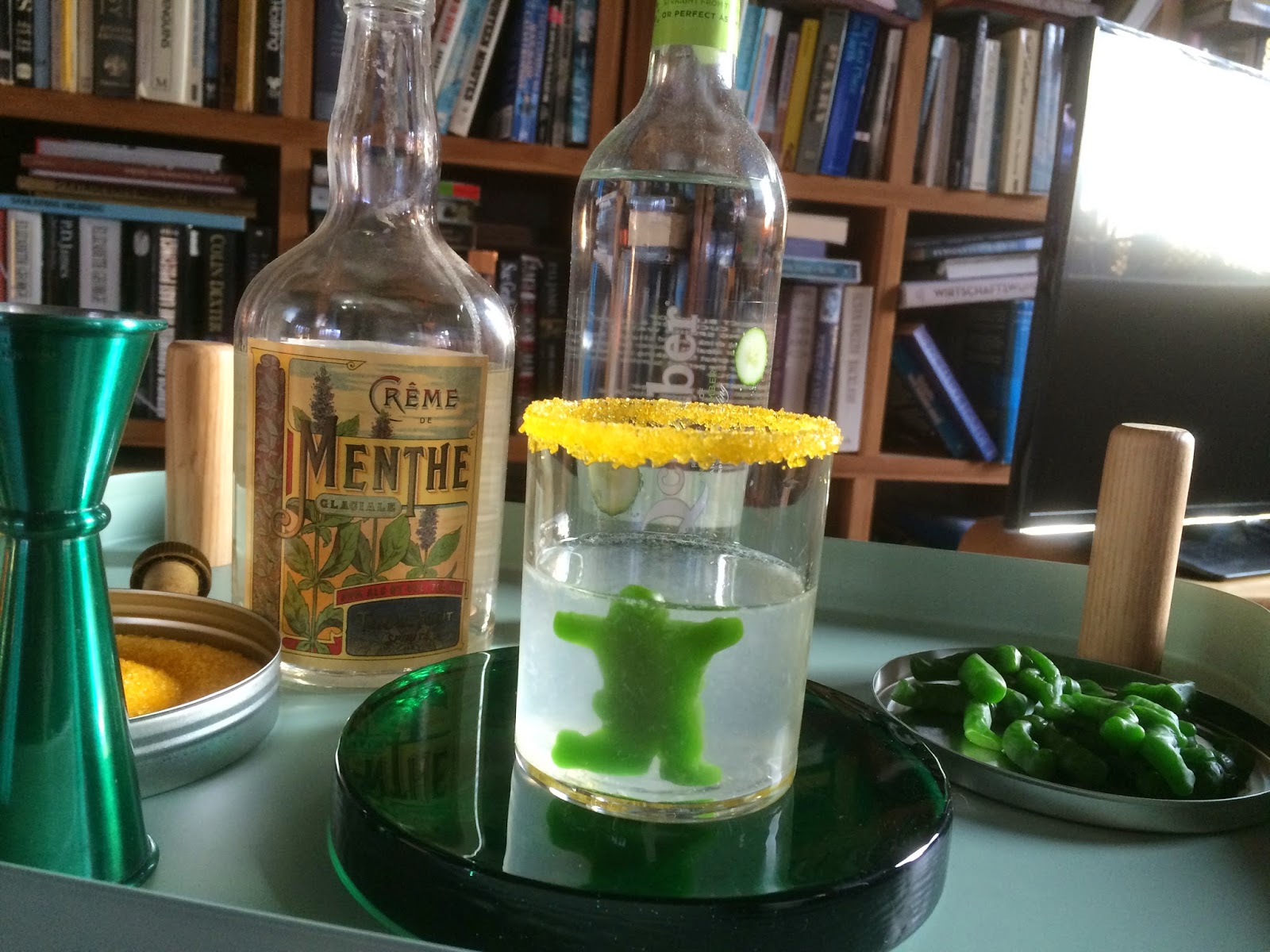 On one hand this drink is a failure, on the other it is rather tasty.

It's a failure because I wanted it to be clear to show off the lemon flavored cocktail sugar and the sour armyman that my friend brought me back from her first trip to the US.

So I learned the hard way that even 1/4 oz or 0.75 cl lemonjuice is enough to make a cocktail cloudy.

Other than that the taste is quite close to Tom Walker's amazing Maid in Cuba which blew me away two Tales of the Cocktails away.

And yes it's named after Buffy Sainte-Marie's song - who by the way also co-wrote Mr. Joe Cocker and Jennifer Warnes' big hit Up where we Belong </showingoffwithuselesstrivia>
Shake everything with ice and strain into lowball glass with a rim of yellow cocktail sugar. Add a green sour armyman.