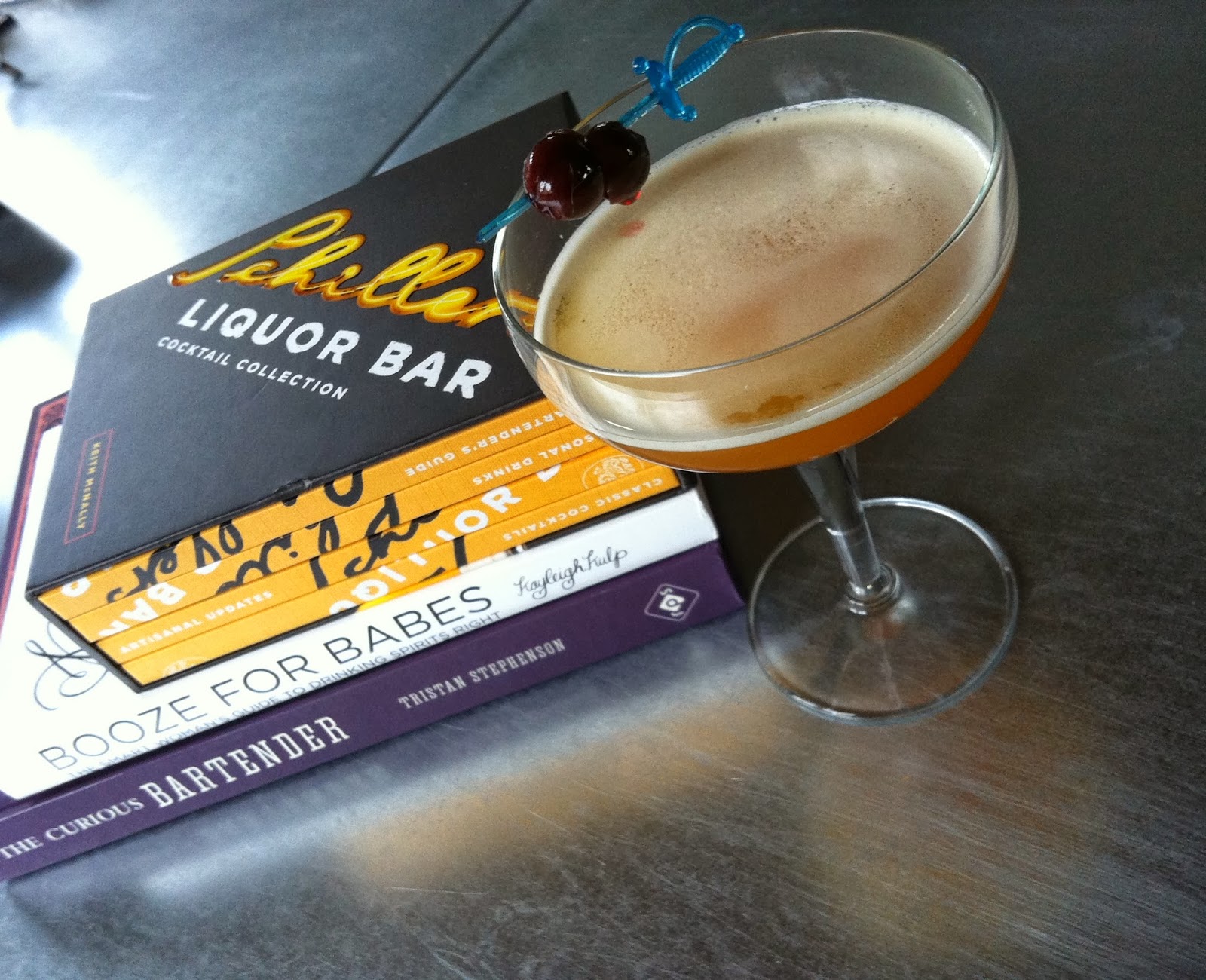 Cocktail history is full of tall tales and outright lies. Perhaps that's why I like it so much? And I do enjoy being part of inventing a cocktail based on a true story!

Last summer I found myself in excellent company, where the drinks were flowing and the stories got better and better.

Then we came to the point in time, when an American president visiting Denmark was invited to stay at the lovely baroque palace Fredensborg Palace. The couple I visited lived in Fredensborg, and the visit brought lot's of chaos to their community and especially to their neighborhood.

For the sake of a good story, let us say: Where their garden ended the palace grounds began. And it turns out: Where an American president visits American rule prevails.

But the man of the house had a building project running in front of his house, and no visiting dignitary was about to interrupt that.

Unfortunately he accidentally cut the power supply to his house. Fortunately he is an electrician and could splice the cables him selves, but not without a bit of help from the power company.

An unscheduled van from the power company - not expected to visit any of the house - meant the van driver was treated like an intruder attempting to gain access to the bedroom of The White House.

Meanwhile the unlucky electrician was on his hands and knees in his own front yard working to reconnect the severed cables. That attracted the attention of a helicopter. A dark figure kneeling in the open door pointing a weapon on the unsuspecting guy. His wife heard the noise - and noticed the power cut - opened her front door. Saw her kneeling husband, saw the hovering helicopter, saw the pointed weapon - which was immediately pointed at her.

She then decided she could not deal with the scene. Quietly closed her own front door and retreated into her home - a maneuver Danes are famous for.

Later her husband informed her: It was a Light Machine Gun the guy pointed at us.

We were quiet around the table for a while after the story. Then I was send into the kitchen to come up with a drink:
Shake everything with ice. Serve in a cocktail coup. Garnish with Maraschino cherries - a dried apple ring would be nice too.

And as you can see from the picture, I have new cocktail books to read. Hope they are full of medium tall tales.
Indsendt af Andrea kl. 2:03 PM