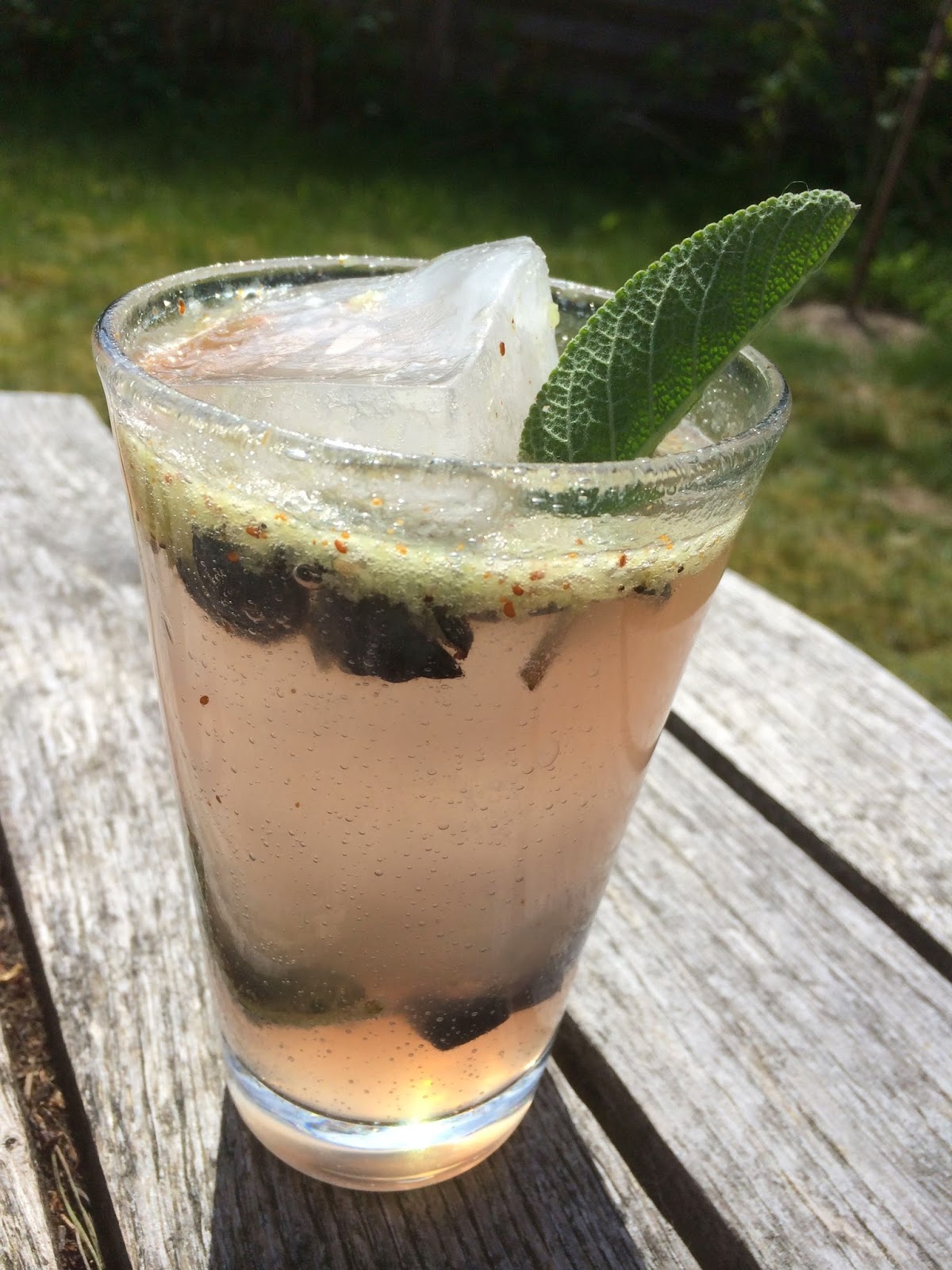 Yes it is Cinco de Mayo - a day to remember a Mexican victory over a far larger French army in 1862.

However in my home country May 5th is also a pretty special day.

69 years ago today Denmarks saw it's first day in liberty after the German occupation from 1940-45.

May 4th the German Army surrendered to General Montgomery.

A song written not long after May 5th 1945 describes that first morning in freedom, as a morning like many others and not like any morning in a 1.000 years.

The German occupation is the only time Denmark has ever been occupied by a foreign power.

So in honor of both these occasions I have mixed a cocktail taking it's name from the Roman Goddess in charge of red skies in the morning.
Muddle two of the sage leaves with the blueberries in the syrup in a tall glass add the Mezcal and a couple of large ice cubes and stir until very cold, top off with the Bitter Lemon and garish with the last sage leaf.
Indsendt af Andrea kl. 4:30 PM

Email ThisBlogThis!Share to TwitterShare to FacebookShare to Pinterest
Etiketter: Mezcal, My own mix