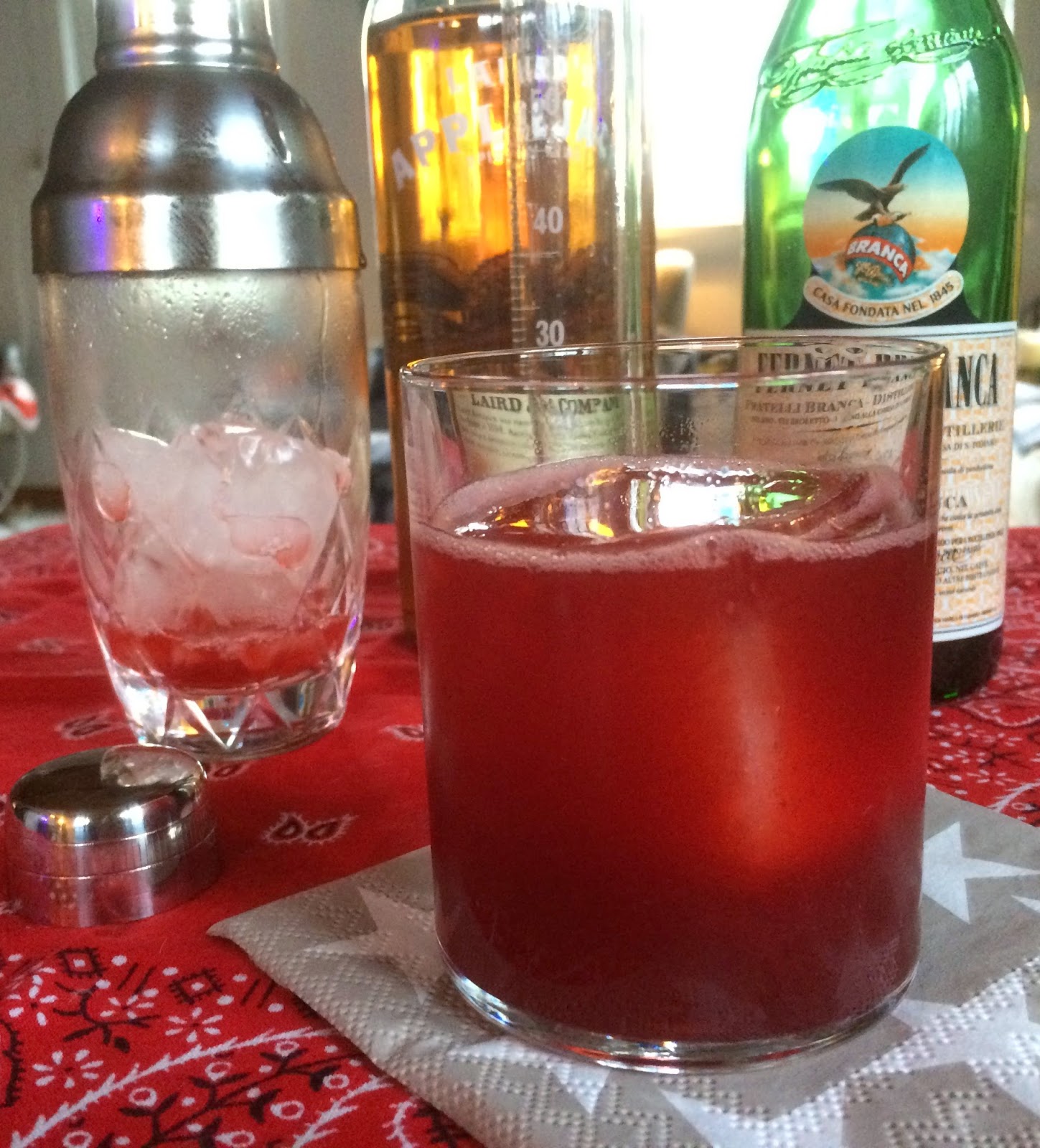 This month's MxMo theme remedies a great oversight in my bar cabinet: The complete absence of any kind of apple based spirit.

So thank you Frederic for sending me shopping. Our host describe the theme in his announcement post this way:


Apples have been an American booze staple with Johnny Appleseed as its symbolic hero. John Chapman became that legend by planting apple tree nurseries across the northern Appalachia and the Midwest. He did not choose grafting techniques to reproduce sweet edible ones, but bred them to make sour apples perfect for cider and applejack. Michael Pollan in The Botany of Desire proclaimed, “Really, what Johnny Appleseed was doing and the reason he was welcome in every cabin in Ohio and Indiana was he was bringing the gift of alcohol to the frontier. He was our American Dionysus.” Apple products began to enter into the mixed drink literature in the 19th century with the Stone Fence appearing in Jerry Thomas’ Bartender Guide and got quite refined by the end of the century such as the Widow’s Kiss in George Kappeler’s Modern American Drinks. Indeed, apples have found their way into modern cocktails via Calvados, applejack, sparkling and still cider, apple butter, and muddled apple.

That got me thinking. Mainly on how come Denmark, which prides it self on it's apples, never made booze from them. I'm sure households enjoyed cider back in the day, but no booze and no industry.

We do have a great selection of fresh apple juices but that is about it.

My drink - The Banker - is a tribute to a good friend and great barman - Henrik Steen Petersen of the sadly now closed Moltkes Bar Speakeasy in Copenhagen.

He happens to have a background in banking. It's a great combination. He is very meticulous with his work, I take that to be part of his banking skills.

But since he left banking to work with people instead of money he has a genuine grasp on the concept of hospitality.

I know that he likes Laird's Applejack, I hope he likes this drink:
Shake the ingredients over ice and then strain into an Old Fashinoned glass over a huge cube of ice.

Email ThisBlogThis!Share to TwitterShare to FacebookShare to Pinterest
Etiketter: applejack, Fernet Branca, MxMo, My own mix