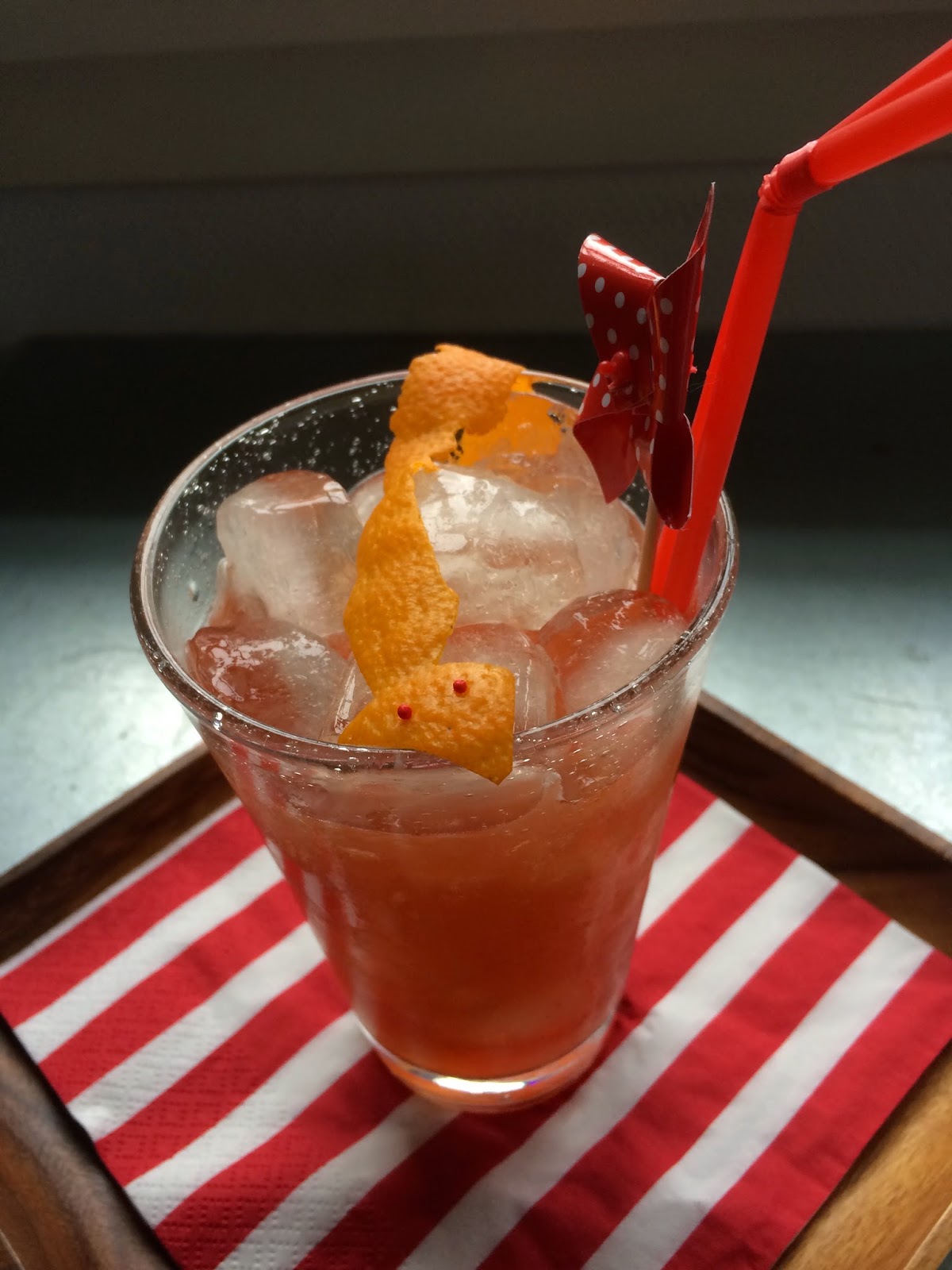 Time for some blogloving - this cocktail is the work of JFL of Rated R cocktails.

So here is my very slight twist on a masterful cocktail:
Shake with plenty of ice and pour into a tall glass, garnish with a snake cut from the rind of the orange - or a gummy snake.

Cheers JFL!
(And next time I may just make it without the cinnamon syrup at all, the cocoa and coffee goes so well with the citrus and the rum - but that is just me the not-cinnamon person)
Indsendt af Andrea kl. 3:28 PM