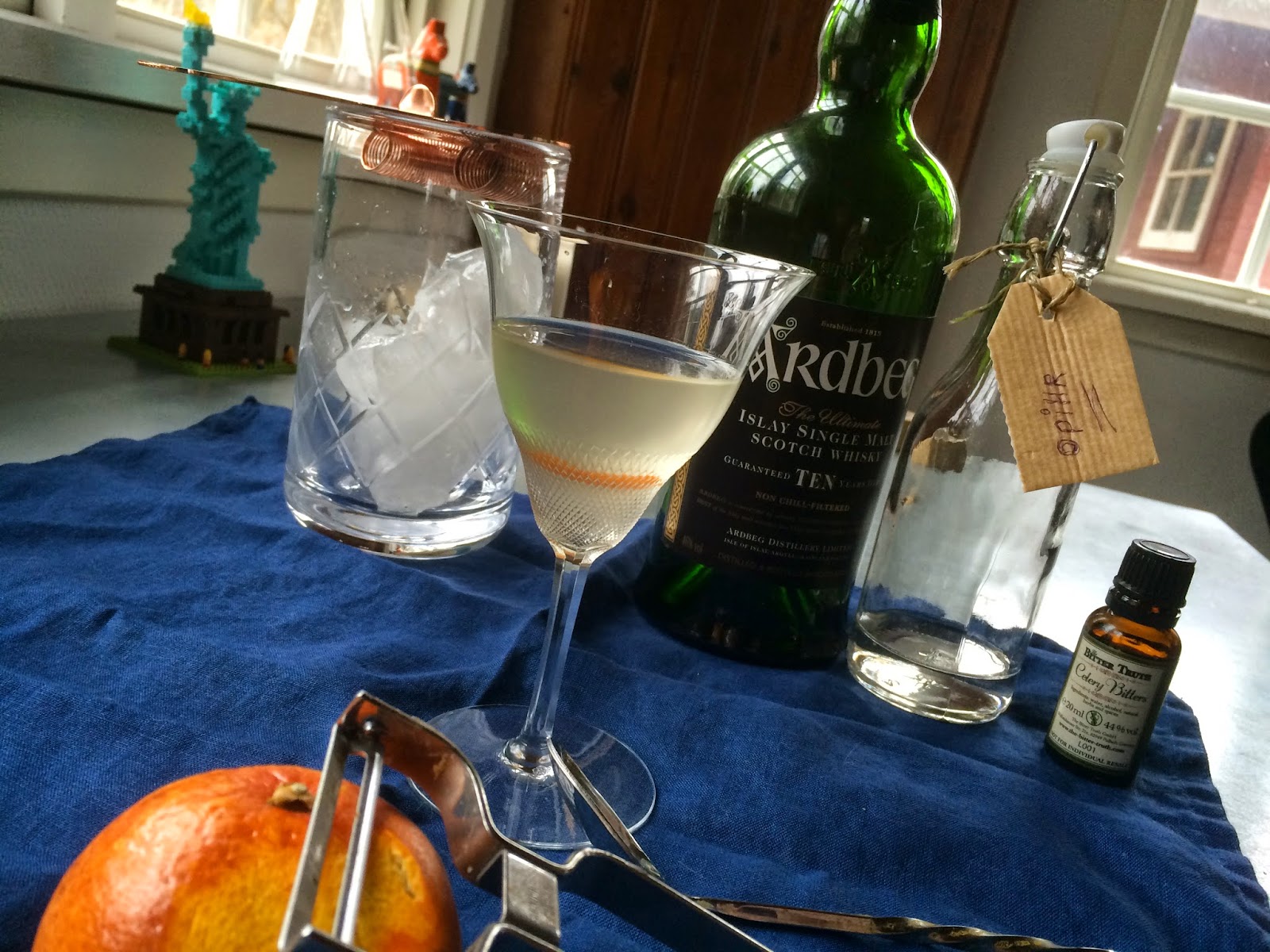 After a morning of literally hunting for a Tiki-village hidden in the woodlands just down the road I returned to discover Mixology Monday was..... yesterday.

Oh, the humanity! I thought it wasn't until next week but I did not panic, I knew exactly what I wanted to make for this most interesting of challenges, and only hope it is still Monday somewhere on the globe - preferably right around our gracious host Dagreb of NihilUtopia (just the best name for a boozeblog!).

Dagreb wanted us to make a: That's not quite a martini! Here are his thoughts:

A Telecaster’s not an Esquire. A Melody Maker’s not a Les Paul Jr. A Marauder ain’t a Crown Vic. A Blue Moon is no Martini… well, almost. Take away the dash to a quarter ounce of Creme Yvette and we’re left with gin (a must!), dry vermouth, and orange bitters. That’s a Martini! It’s at least one canonical Martini anyway. This month’s Mixology Monday theme is that which is almost, but not quite, a Martini. Perhaps there are dashes (or more) of a liqueur (or two) added to the basic structure. Perhaps a Fino Sherry (or other fortified/aromatized wine) is standing in for vermouth. Maybe there’s Oxygene instead of bitters? Gin, certainly! Use your imagination! Use your library! Make a Martini, that’s wearing a hat!

For the first time in a very long time, I just wanted to make a tried and tested recipe - no improvement, no personal mark, just a nice Smoky Martini:

Since I have promises to keep and miles to go before I sleep (it's still not midday in Denmark) I made a small one:

Stir gin, whiskey and bitters over ice, strain into nice glass and garnish with the twist (cut it over the cocktail, so the fragrance and oils hit the drink).

And the Tiki-village? Found it! Actually it's a small scale replica of a Balinese village, build in the 1930's by an eccentric millionaire in what was back the a very remote corner of this country. I imagine he had some lovely parties there.  Or perhaps not, it might just have been en ethnographic stunt.

I stopped and asked an elderly gentleman if he knew where it was, he had never heard of it in spite of having been connected to the area his whole life. 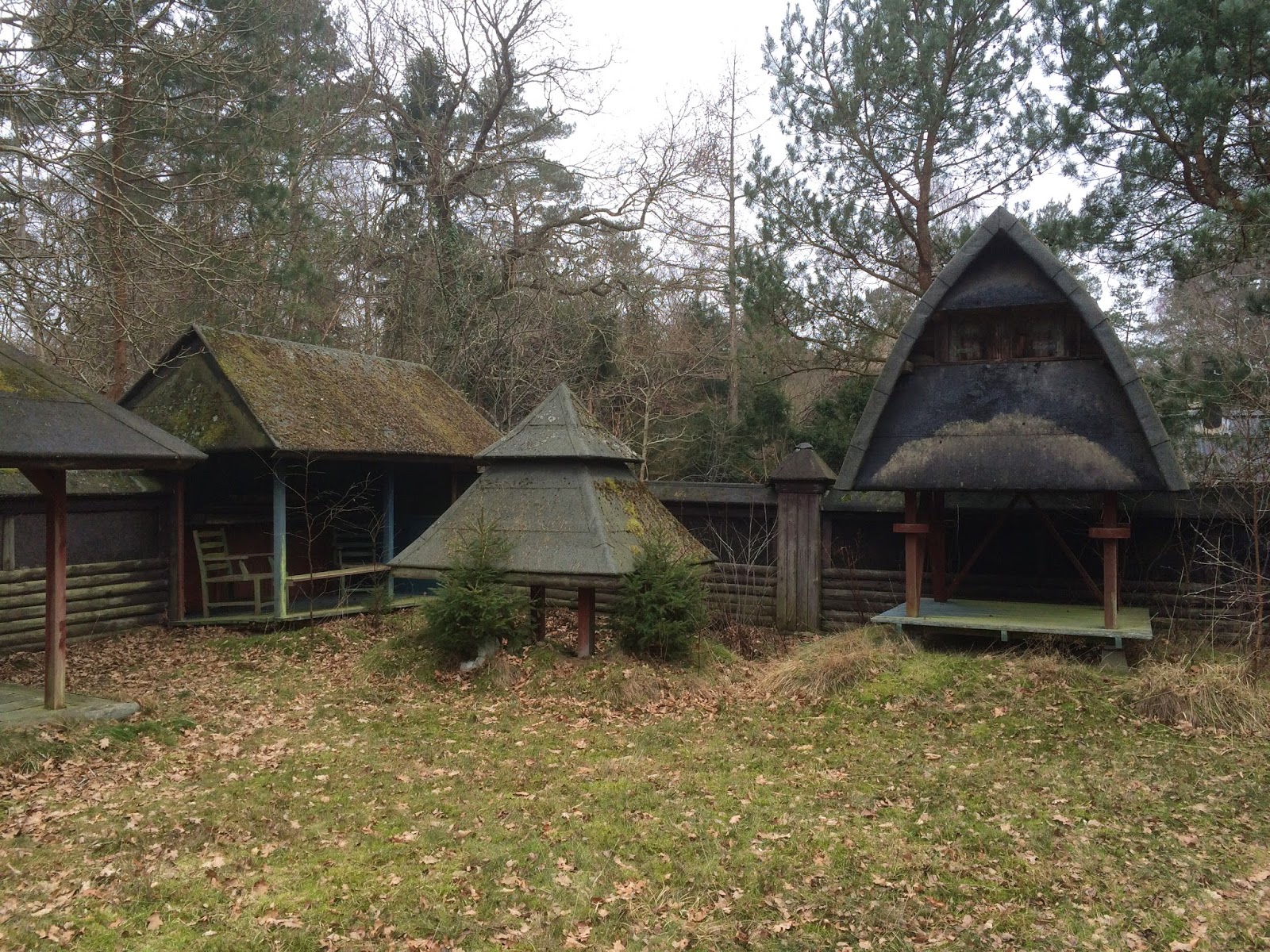