Trader Vic Grog - with a twist 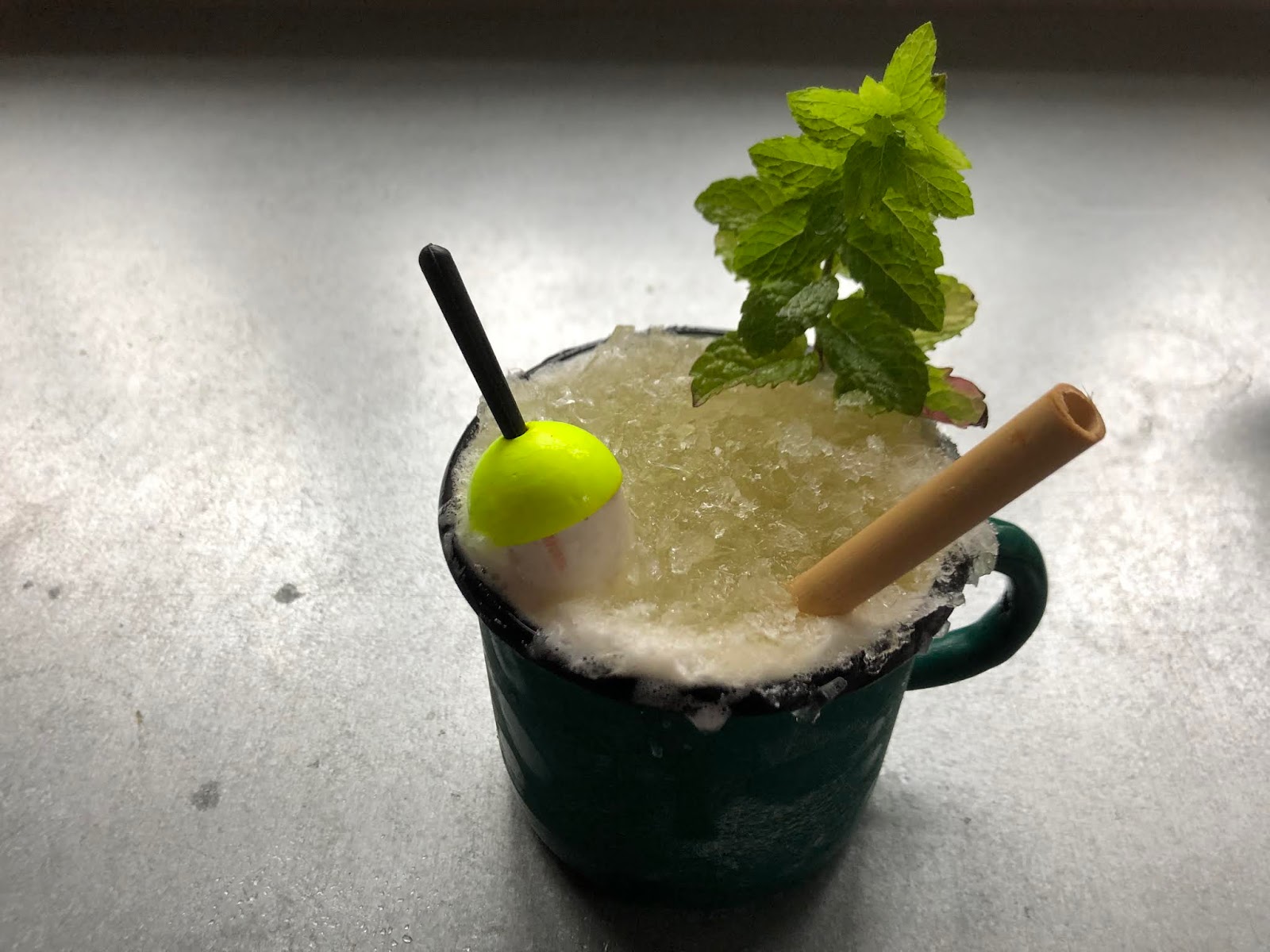 Yesterday was Black Tot Day - they day in 1970 when the British Navy for the last time handed out rum rations to the sailors.

In honor of the day I decided to mix a Trader Vic Grog - Grog was the name sailors gave the mix of rum and water they were given from 1740 after Vice-Admiral Edward Vernon began diluting their rum rations to cut down on drunkenness. His nickname was Old Grogram because of an old overcoat made from grois-grain fabric he always wore.

Trader Vic Grog lends itself well to a slight twist:
Measure the first four ingredients into a shake, fill it with ice and shake. Strain over crushed ice and then add the Green Chartreuse ad a float/overlay. Garnish with a mint sprig, lightly awoken with a gentle slap.

If you want to try the original recipe - as written from Beachbum Berry first - don't use the green Chartreuse but add a dash of Angostura Bitters to the shaker before shaking.
Indsendt af Andrea kl. 4:03 PM