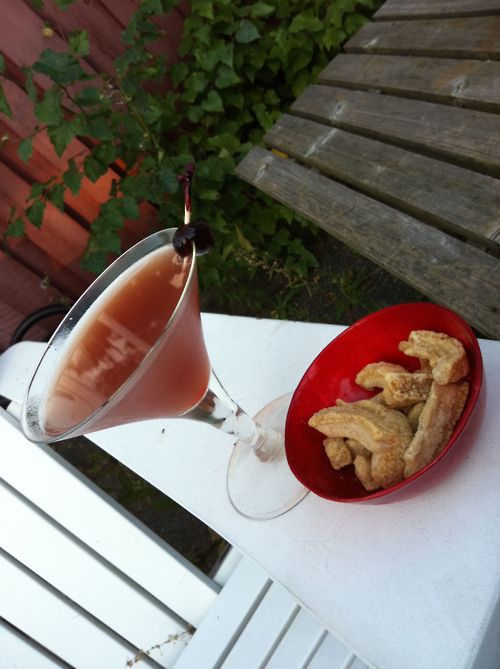 The name of this cocktail comes from a dark chapter in modern medicine.

In the 1920'ies a Russian-French doctor performed a series of xeno transplantations, where he put tissue from monkey testicles into mens testicles.

He predicted that would make the men more virile, but it didn't however the procedure was popular, more than 1500 men had it performed.

Among them apparently the founding father of modern Turkey Kemal Atatürk.

The procedure made it's way into popular culture: Songs were written, cocktails mixed and articles written.
Stir everything with ice and strain into martini glass. Garnish with orange twist.
Indsendt af Andrea kl. 4:34 PM