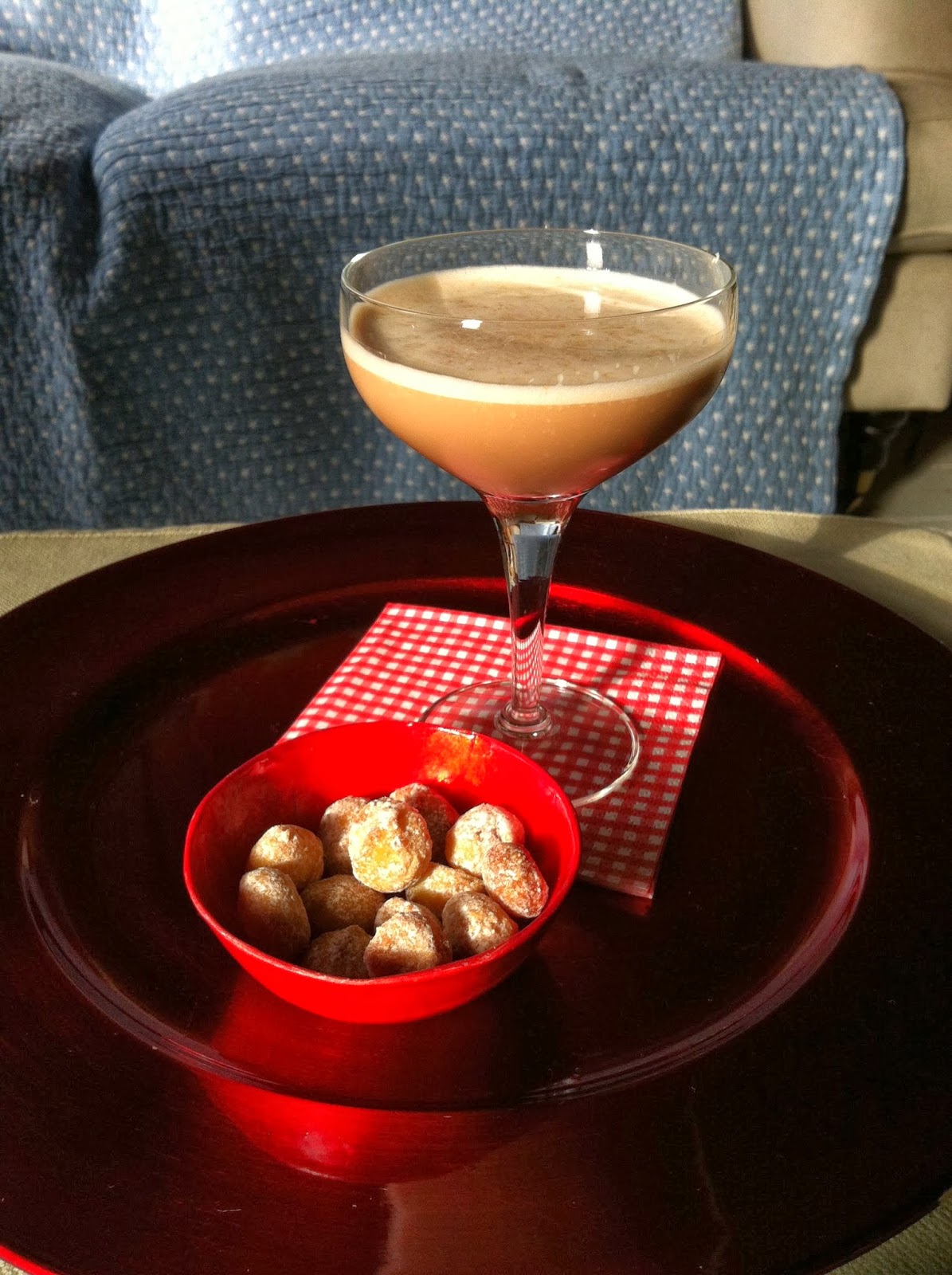 I made two decisions the moment I saw the theme for this months MxMo: I was not going to shop and add booze from hitherto unexplored continents and I wanted to have a go at all the continents.

But let Stewart of Putney Farm - this month's gracious host - present the intercontinental theme himself:

Everywhere we travel these days we see cocktails on the menu. And not just here in the USA, but all around the world. And that’s not only the drinks, but the ingredients as well… So let’s celebrate the global reach of cocktails with an “Intercontinental” Mixology Monday challenge. Create a cocktail with “ingredients” from at least 3, but preferably 4,5 or 6 continents. And if you can include Antarctica, then you get a Gold Star. And remember, sometimes the tools used, glassware, names or back stories of cocktails are important “ingredients.” Creativity and a bit of narrative exploration are encouraged. So if you have been waiting on buying that bottle of Japanese Scotch, Bundaberg rum from Australia, Pisco or Cachaca from South America or Madagascar vanilla, now may be the time to try them out….except for the Bundy…trust us on that. Have fun.

Like most participants in this months MxMo I had the greatest trouble finding a way to incorporate the continent of Antarctica into a drink.

As far as I know the only two life forms actually calling that barren, icy desert home are penguins and lichen. Neither of which are readily available for purchase.

It even has a subtitle - the Cherry-Garrad Flip.

You see my most cherished book is not a bar book, it's not even a book about the Titanic. It's a book about three mens quest to secure enough emperor penguin eggs to test a theory that penguins were the missing link between reptiles and birds.

In 1911 they went on a 60 mile sled trek from the winter quarters at Cape Evans of Robert Falcon Scott's British Antarctic Expedition to Cape Crozier.

This was at the height of the Antarctic Winter, so they made the trip in total darkness and in temperatures as low a -60 C. They suffered greatly and nearly died during a blizzard that blew their tent away - but they found five eggs and brought them back to base camp.

This trip has been described in a book by the only survivor of the three Apsley Cherry-Garrad, his two companions Dr. Wilson and Birdie Bowers died with Scott on the return trek after they were beaten to the South Pole by Roald Amundsen.

Cherry-Gerrads book The Worst Journey in the World is my most cherished book.

I do hope my drink is not the worst journey around the world but here are the ingredients and their continents:
Place rum, cherry liqueur, egg and syrup in a shaker. Add ice and shake vigorously. Double strain into pretty stemware and garnish by drawing feather in foam with a couple of dashes of cherry bitters and grate macadamia nut on top.

And the eggs from the emperor penguins? Only three were intact at the end of the worst journey in the world. Cherry-Garrad brought them to the Museum of Natural History in London but had a bit of difficulty convincing anyone they were important. They weren't actually examined until 1934 and by then the theory of penguins being missing links were already disproven. Good things as the embryos did not look any different than other bird embryos.

And should you ever get a hold of a fresh emperor egg for this cocktail you need to multiply all other ingredients by 11 as an emperor penguin egg has a volume of about 500 ml as opposed to a medium chicken egg with a volume of about 43 ml. Also the taste and appearance of the egg might surprise you.