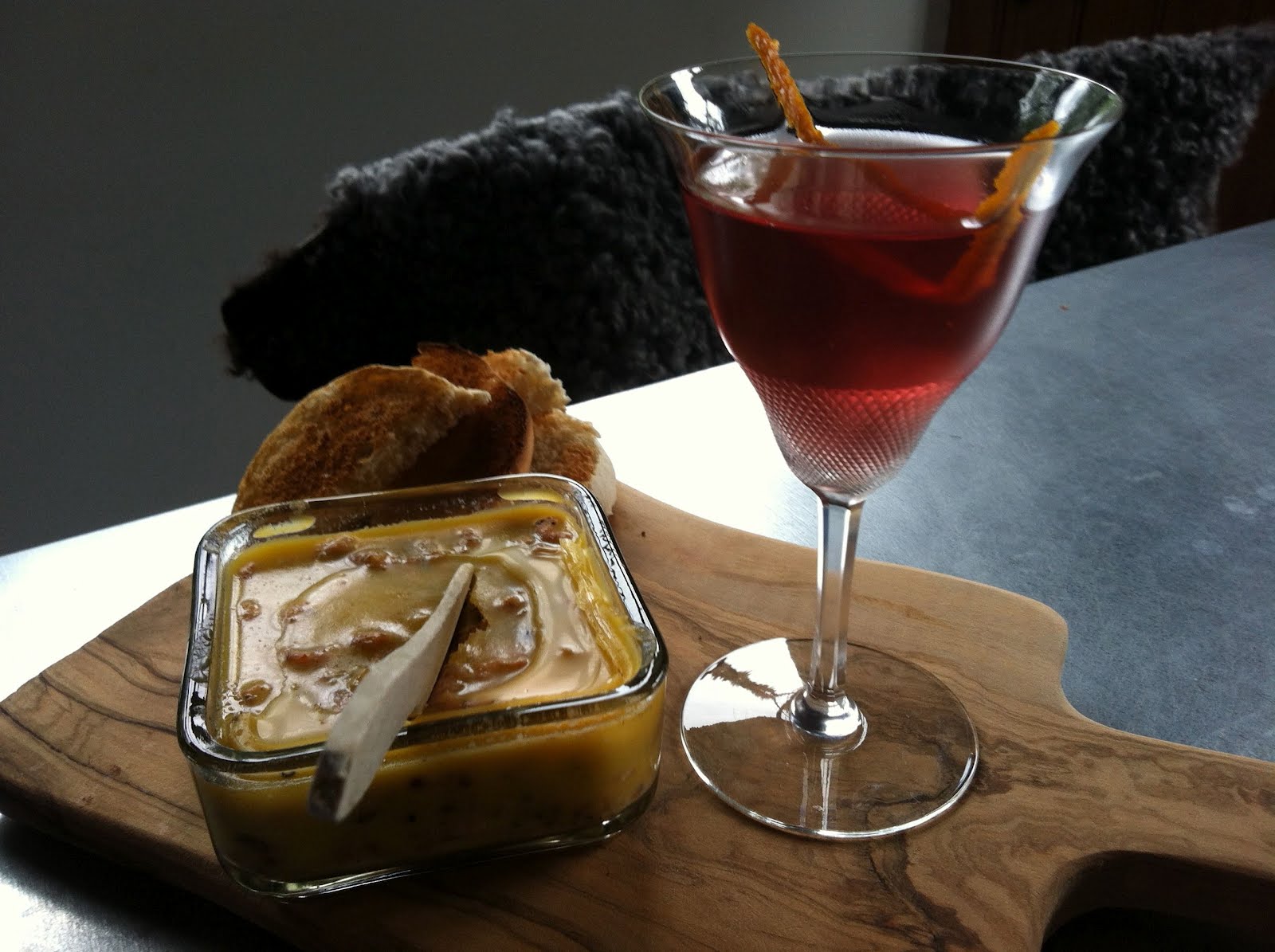 The gin hound is slowly making it's way home (and on the World Gin Day no less). This week's cocktail is a classic from Harry's New York Bar in Paris in the 1920'ies - the Opera.

It's a very old school taste - I suspected as much and had a bar snack ready as very boozy cocktails make me hungry.

It also contains a fortified wine I had forgotten: Dubonnet - that favorite of my parents in the 70'ies.

They served it over ice as an appetizer before stuff like beef stroganoff and a cheese board for their friends.

I remember the bottle - and the ad. Somehow the Dubonnet guy always struck me as being lonely - and probably drunk, the way he upends the bottle. Dubonnet is also a favorite with the English Queen, and her mother before her.
Pour everything over ice in a mixing glass and stir until cold. Strain into cold cocktail glass and garnish with an orange peel.