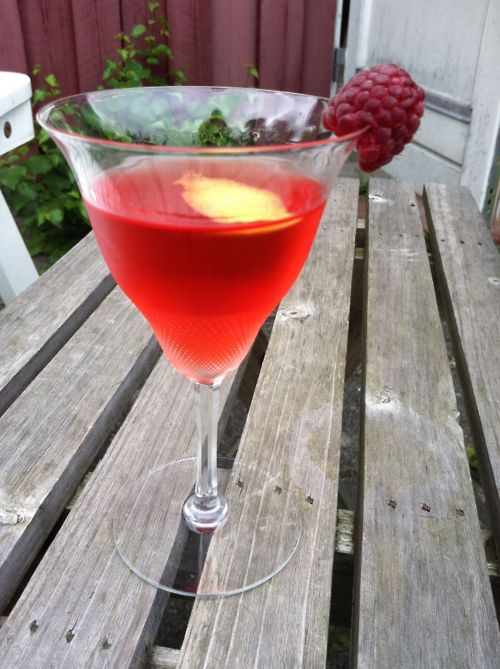 Lucien Gaudin was a French Olympic fencer who won gold medals in 1928.

That makes it a little hard to believe this cocktail is an American invention. How a champion from a little know sport, who won medals well before electronic media could make world stars out of anybody is hard to understand.

And perhaps more importantly how did the inventor come by Campari, dry vermouth and Cointreau during prohibition?

Anyway it's a damn fine cocktail and without it even fewer people would know who Gaudin was - he commited suicide in 1934.

Fill a mixing glass with ice and add all the ingredients, stir and strain into small martini glass.